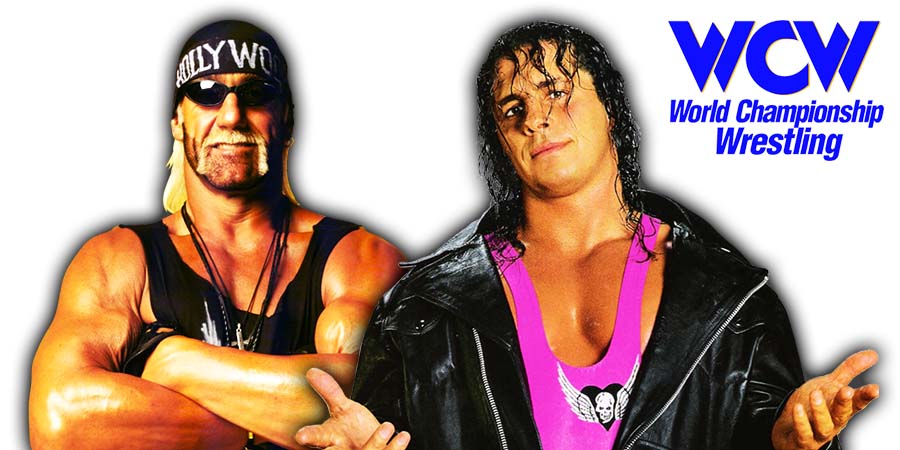 It was broadcasted from the Civic Center in Mankato, Minnesota and featured matches, interviews & storyline segments on the road to the ‘WCW Halloween Havoc 1996’ PPV.

7. Faces of Fear vs. The Fantastics

During a recent appearance on Apter Chat, WWE Hall of Famer Hulk Hogan talked about a lot of interesting things.

One of these things was Hogan’s feud with Old School WWF Legend Bret “Hitman” Hart not working out well in WCW.

“We tried. I mean, we did everything. We put the belt on him. I put him over. I wrestled him a bunch of times. It’s just you’re in the ring with somebody and I know Bret wasn’t in the best physical shape back then. I think he’s coming off that stroke or something. I’m not exactly sure what happened. He fell off his bicycle or something.

Maybe I’ve got my time frames confused. I can’t remember. It’s been so long. All I know is Bret came in, paid him a ton of money, all smiles, hugs, kisses, the whole thing, put him over, did jobs for him, put the belt on him.