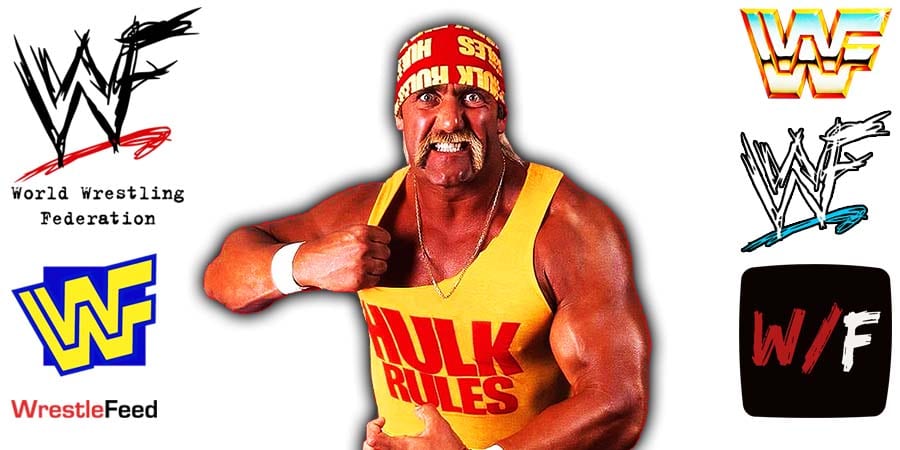 • Hulk Hogan Names The “Next Big Thing” In WWE

In an interview with WWE, WWE Hall Of Famer Hulk Hogan named the wrestler he thinks is going to be a big star in the future for WWE.

Below is what he said the “next big thing” in WWE:

“Right now there’s another guy that’s stumbling into that situation [“Next Big Thing” status]. You know, acting like he doesn’t know what’s going on but he’s smart as hell. That’s the ‘Bro’, Riddle, who kicks his flip-flops off when he comes into the ring. I’ve been watching him and he’s really got good instincts. He’s really got a good aptitude for understanding what needs to be done, you know.”

“I’ve watched Drew McIntyre, and the years of training and in-ring experience, now he’s as legit as they come. He’s got the eye of the tiger look in his eyes. He’s got the body of a god. His work is solid, everything he does is spot on. His interviews are good.”

He was also full of praise for Universal Champion Roman Reigns.

“I’ve got so much respect for the Samoan dynasty, and to understand how it peaked with The Rock, I see Roman Reigns taking it to a whole other level now. He’s solid, he’s consistent, he’s got the look and there are no holes in his work…he’s really, really spot on.”

Hogan will appear on RAW next week to be a part of the Legends Night.

The Masked Superstar vs. Nick DeCarlo