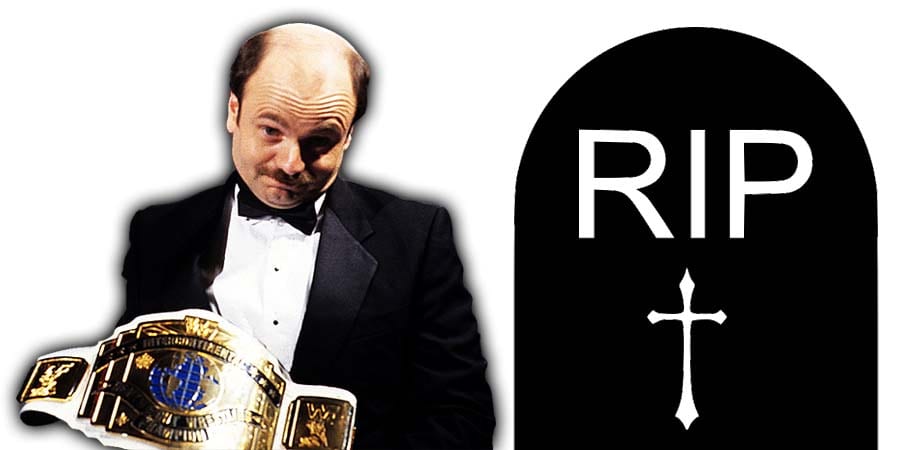 As we noted earlier, WWE Hall of Famer Howard Finkel passed away at the age of 69.

Below is how the wrestling world reacted to the passing of WWF’s 1st ever employee:

Howard Finkle was on Team Hogan through the good and bad times,even when I was on the outs Howard would call on a consistent basis to tell me to always keep my head up,it was” never say never” and “you and Vince will work it out”,my good friend RIP,I love you 4LifeHH

You weren’t someone until you heard Howard announce you. A championship win didn’t feel real until you heard him say “and the new!” His voice, his personality, and his positivity will be sorely missed. Thank you for everything…especially your friendship. https://t.co/CYSPt6vnvU

In what has already been a tough week for our @WWE family, today we lost our 1st ever employee and WWE Hall of Famer, @howardfinkel. Howard’s voice is iconic & recognized by generations of fans. He will be missed. #RIPHowardFinkel Thank you for everything. ❤️?❤️

So sad about the passing of my dear friend. The first time I flew to TVs I marked out as ‘The Voice of the WWE’ picked me up! When he saw me alone, he kept me company. He was my first friend in the WWE and I’ll never forget his kindness and absolute love of the biz. #RIPFink pic.twitter.com/k6Jp7uPDgB

So sad to hear of the passing of my friend, the greatest ring announcer in the biz, Howard Finkel, at the age of 69.

The Hall of Famer is now ring announcing in Heaven. #RIPFink

No one was more loyal or loved pro wrestling more than The Fink. ?

I will miss this man. Howard Finkel was the voice @christian4peeps and I emulated when we performed our own ring introductions for our living room or side yard(depending on the weather) wrestling “shows”. I know there’s an entire generation of kids, now grizzled adults who did the same thing. He was “our voice”. When I debuted in the WWE and I heard Howard’s voice introduce Edge, I welled up. THAT’S when it became real that I’d made it. I will never forget the goosebumps I had the night on a house show at The Skydome when he said “and NEEEEEEWWWW Intercontinental Champion”. Our first tag title win at WrestleMania of all places. The voice? Howard. More importantly than all of that, he was my friend. He was a genuine, warm and compassionate man who absolutely LOVED his job. I remember standing with him nightly behind the curtain with a bunch of the boys firing him up as Welcome to the Jungle played for his ring intro music. This hurts. The Fink. The best. Ever.

Going to miss you Howard! ❤️ Always enjoyed our talks. Thoughts and prayers go out to him and his family. RIP. N https://t.co/y4gsbTbWlT

Loss of any kind is not easy. We feel some, if not all difficult emotions. Feel them, face them, don’t lock them up, but do so with a brave sense of accountability. All of us are tested now more than ever. Stay in touch and in tune with you, try to find lessons in any hardship.