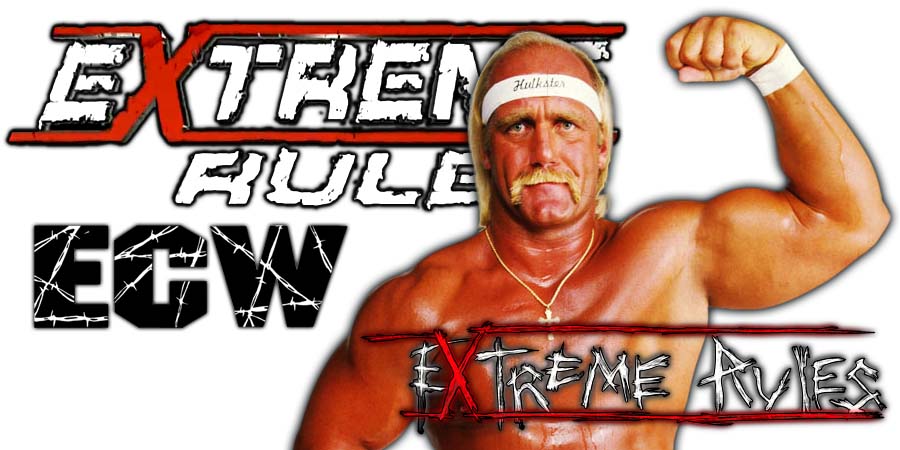 As we noted earlier, WWE announced that “The Immortal” Hulk Hogan has been reinstated into the WWE Hall of Fame. Below is the statement that was issued:

According to WrestleVotes, Hogan and WWE have agreed to a contract for his return and the return could happen as soon as tonight’s Extreme Rules 2018 PPV.

Per source, Hulk Hogan & WWE have agreed to terms on a contract allowing him to return. He is in Pittsburgh, home of tonight’s PPV. I cannot confirm whether he will make an appearance in some form at Extreme Rules. Time will tell.

We noted earlier that Hogan is backstage at Extreme Rules and apologized to the wrestlers for the comments he made that led to his suspension.

With that being said, there’s an even higher possibility of Hulk Hogan returning to WWE TV on tonight’s PPV.

Speaking of Extreme Rules 2018, the updated betting odds for tonight’s matches show a few changes. Seth Rollins is now the favorite to win the Intercontinental Championship match and The Bludgeon Brothers are now expected to retain the SmackDown Tag Team Titles over Team Hell No.

Below are the updated odds and the favorites (according to Bet Wrestling):