WWE Hall of Famer Hulk Hogan’s World Championship Wrestling contract from 1998 has been leaked online by Chris Harrington of Wrestlenomics. Below are a few pics: 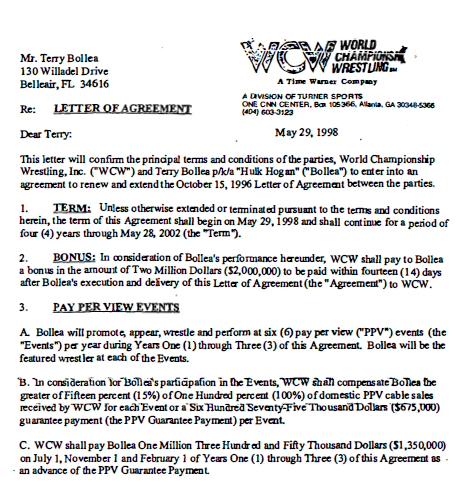 I think the best part of Hogan's contract is the fact it mentions Compuserve. pic.twitter.com/DJfj8FOqPm

Wrestling Observer posted the following about the contract:

•25% of gross arena tickets for any house show

•100% of the Hogan hotline revenue