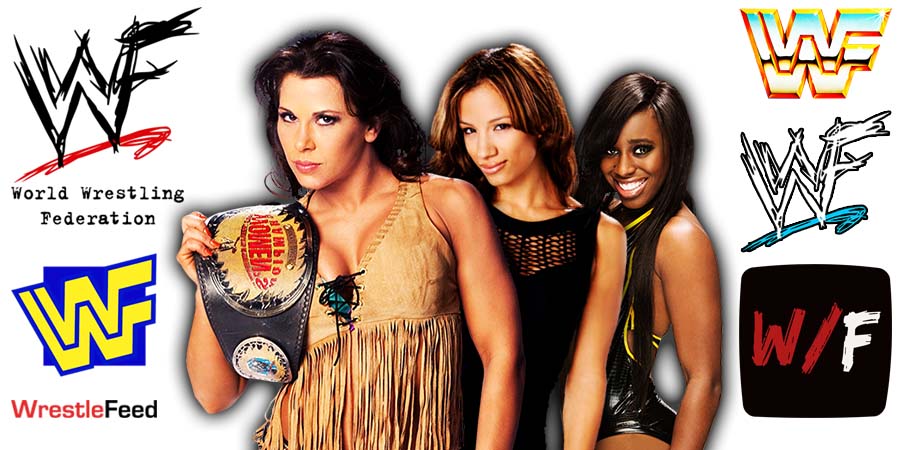 The biggest story in the world of pro-wrestling this week is WWE Women’s Tag Team Champions Sasha Banks & Naomi walking out of RAW.

During an interview on Busted Open Radio, former WWE Women’s Champion Mickie James revealed that she was shocked when she saw that kayfabe-breaking statement that WWE posted on Social Media.

She also noted that she’s on Sasha & Naomi’s side. Below is what Mickie said:

“Yeah, I actually applaud them standing in their convictions and how they felt.

Like, that can be argued that they did show up to work that day. They saw whatever they were supposed to do and they had committed at least to half the day.

So again, you are honestly only hearing only what they put out. Honestly, when I saw the statement, I was a bit in shock that WWE would even put out the statement.

I couldn’t believe that Vince signed off on the statement.”

Also Read: Mickie James Reacts To Negative Comments On A Photo Of Her With A Fan

• Old School WCW/WWF Veteran’s Birthday Would Have Been Today

Today would have been the 55th birthday of Old School WCW/WWF Veteran “The Crippler” Chris Benoit.

In late 1995, Benoit signed an exclusive deal with WCW, so he worked for them until leaving the promotion in early 2000 to jump ship to the World Wrestling Federation, alongside his close personal friends Eddie Guerrero, Dean Malenko & Perry Saturn.