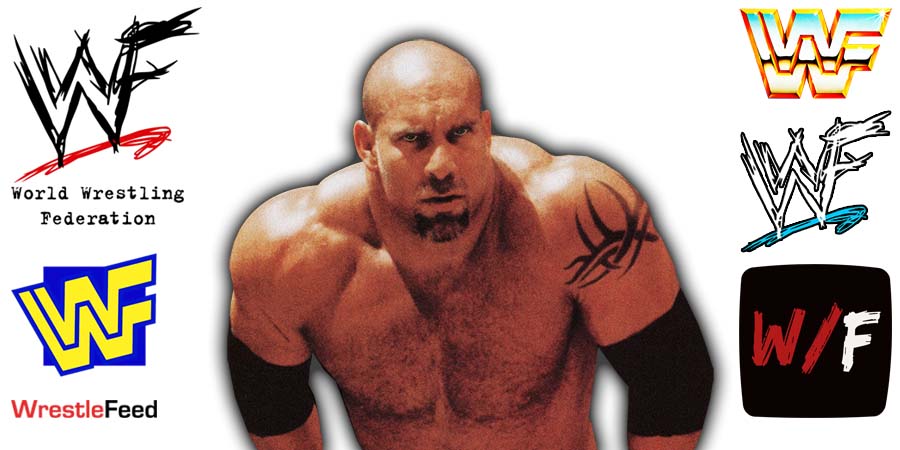 That was the biggest victory of Goldberg’s career, as he defeated the biggest name in wrestling, but what happened after the show meant more to Bill.

Goldberg had the following to say about that night on The Roman Atwood podcast:

It was because at the end of the night, when we went off the air, the nWo handcuffed me to the corner turnbuckle and beat the living poo out of me. Well, you know who came to my aide? My Atlanta Falcons teammates.

That was absolutely the coolest thing ever, and for that one second, the guys I bled with, cried with and tried to be everyday, they wanted to be me. That was freaking cool.

I could’ve died that day and that was the coolest thing ever.”

– The Giant vs. Konnan