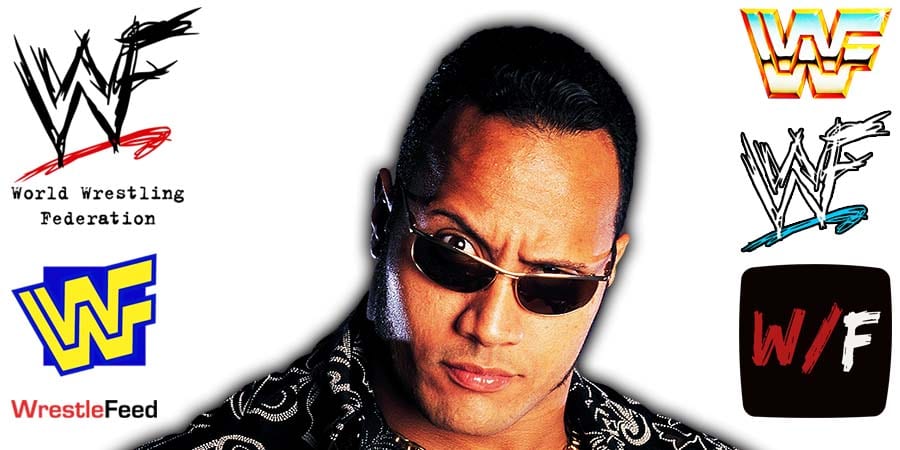 • The Rock On Who Should Be The Next James Bond

Fans of the James Bond franchise already know that the latest actor who portrayed the British 007 Agent, Daniel Craig, won’t return for the role.

There’s currently a lot of discussion going on about who will become the next actor to portray the famous character in a future movie.

The Rock recently noted that he is interested in this role, after his grandfather WWWF Legend ‘High Chief’ Peter Maivia already played a (minor) Bond villain in the 1967 James Bond movie ‘You Only Live Twice’.

Here’s what The Great One said in a recent interview with Esquire:

“Yes, my grandfather was a Bond villain in You Only Live Twice with Sean Connery.

It was very, very cool. And I would like to follow in his footsteps and be the next Bond. I don’t wanna be a villain. Gotta be Bond.”

However, if he doesn’t get the role, then he would be fine with Idris Elba becoming the next James Bond.

Here’s what Dwayne Johnson said during a new interview with LAD Bible:

“I do like the idea of my boy Idris Elba being Bond though, right? I like that idea a lot, so I’m an advocate for that, for him as Bond.”