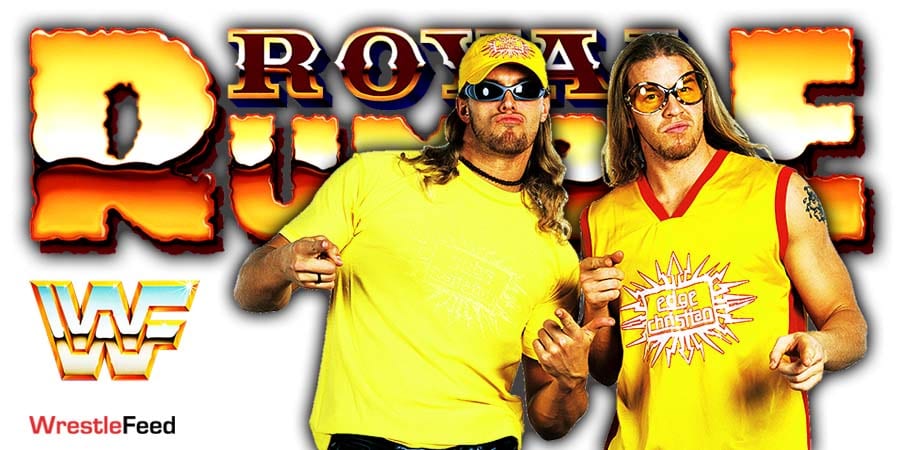 In the main event of WWE Royal Rumble 2021 pay-per-view, WWE Hall of Famer Edge won the Men’s Royal Rumble match while being the #1 entrant in the match.

Edge got interviewed backstage after his big win and said that this victory means a lot to him.

Edge said that if his whole comeback story was pitched for a Hollywood movie, then the makers wouldn’t approve of the script because they will say it’s not realistic. He said it still feels like a dream and he’ll wake up from it.

Edge says he doesn’t get how all these things are happening (him coming out of retirement and getting to the top again) and he’s going to stop trying to get it and just enjoy the moment.

He said he’s very happy that his best friend, Christian, is back with him.