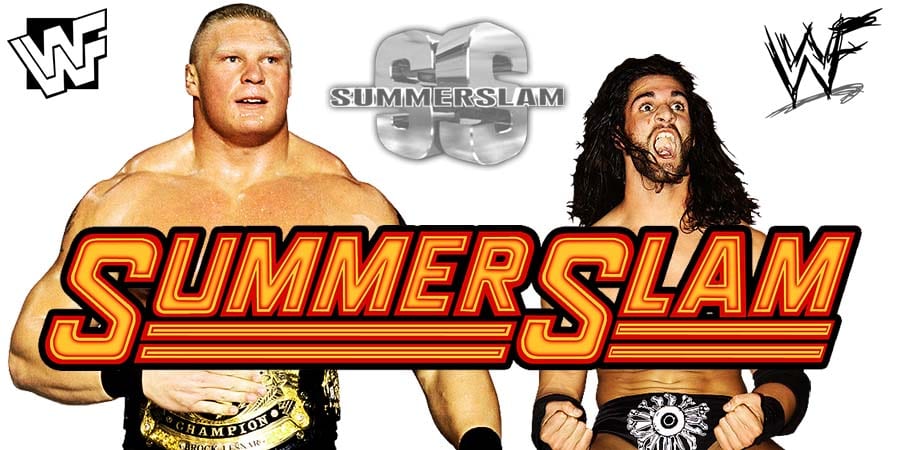 Rollins asked Pearce about it and he said Owens is lying. Pearce then told Sonya Deville about this and she said this sounds like a good idea, and Pearce then made it official.

Rollins came to Pearce again and this time he learned that the stipulation is indeed official. He didn’t like it and accused Pearce of lying to him.

• Recently Released Wrestler Thinks WWE Will Be Sold In 5 Years

Taya Valkyrie (fka Franky Monet in NXT) was recently released from WWE. Her husband, John Morrison, got released as well.

She tweeted the following after the most recent round of WWE releases:

Stop supporting a company that has ZERO respect for their talent. You love pro wrestling, spend your money on the hundreds of other alternatives.

This is wrong. Ethically, as employers they don’t care about us. Talent or fans.

I said what I said, agree or disagree. Now back to your regularly scheduled programming!!! And rebuilding our empire.”

Taya got heat from fans for her tweet. You can read some of her exchanges with fans below:

Fan: Says the one who dreamed of getting signed by them.

Taya: You’re like…super funny dude, I worked my a$$ off for 12 years to work for my heroes. And it was absolutely disappointing. If you also have dreams, you would understand. Clearly you don’t have dreams. Or goals.

Fan: Excuse me? I am not a hater. I f**king love you… But I am getting sick of seeing you always respond to negative thoughts on here, when theres dozens that tell you how amazing you are. You are all f**king hypocrites.

Taya: If you only knew how many negative comments I get. I love you too, but you need to realize that at some point I am going to stand up for myself. I’m done letting people act like we don’t have a voice.

Fan: Responding to negative comments on Twitter doesn’t accomplish anything, those people just want attention and that’s exactly what you give them, the only thing thing you accomplish by responding to them is putting negativity on your timeline.

Taya: lol, I would love for you or anyone to deal with the negativity that we as women pro wrestlers deal with. I will always have a voice. And I’m not going to be silenced by dumb a$$ trolls.

Fan: If nobody ever responded to negative comments on Twitter those comments would die and those people wouldn’t get the attention they want.

Taya: So you want us to be push overs?

Fan: Doubt it, you just seem salty. I’m sad about John, but nah definitely not you…worst parts of AAA, Lucha Underground and TNA were when you tried to hog the spotlight from the more talented.