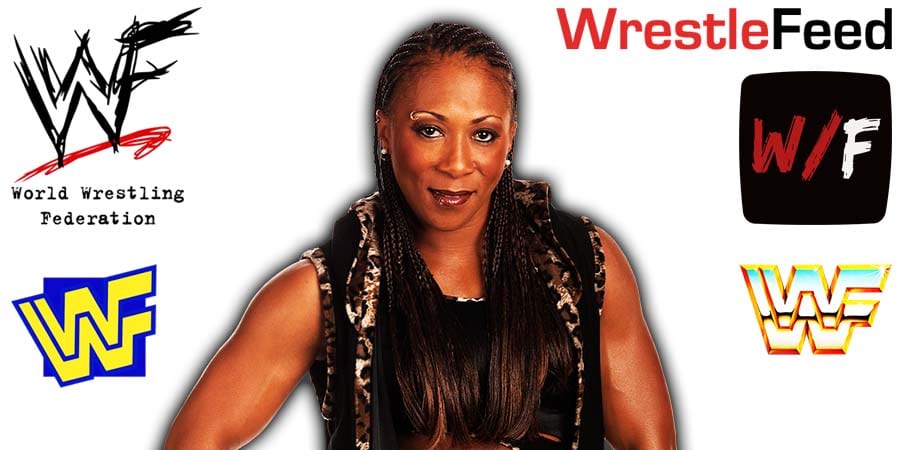 “I just don’t think they’re given a fair chance. Naomi – I believe she deserves to be treated better. Sasha, right now, she’s kind of being taken care of in a sense. But there’s a few more – you know, Bianca, I think she can kick everybody’s a$$ on the main roster. Will she ever have the opportunity? Will they ever give her that opportunity? I don’t know.”

She added that when women did better than men in WWF, the management tried to limit them to set them up for failure.

“We were killing some of the men’s ratings and they tried to set us up for failure. We were. I guess no matter how you look at it, still considered a gimmick match. At that time, you really couldn’t voice your opinion too much.

We actually spoke up a few times, but we just try to go out there and show each Monday night, or each house show, that we deserve the respect. We deserve to be here. We just had to prove ourselves, and now, look what they’re doing with the women.”

She also recalled Booker T getting mad at her at Survivor Series 2001.

“I didn’t get a chance to practice an entrance or anything. I came out and I did something similar to Booker T’s deal when he comes out. Booker T called me out, ‘What the f***, you stealing my sh*t or what?’ I was like, ‘Bro, I don’t know. I don’t know what happened. Something came over me and I just did like a little skip and a hop.’ He called me out on this, like, ‘Yo, get your own sh*t!'”

Rhodes was inducted into the WWE Hall of Fame in 2007, shortly before he finally retired as an active performer.