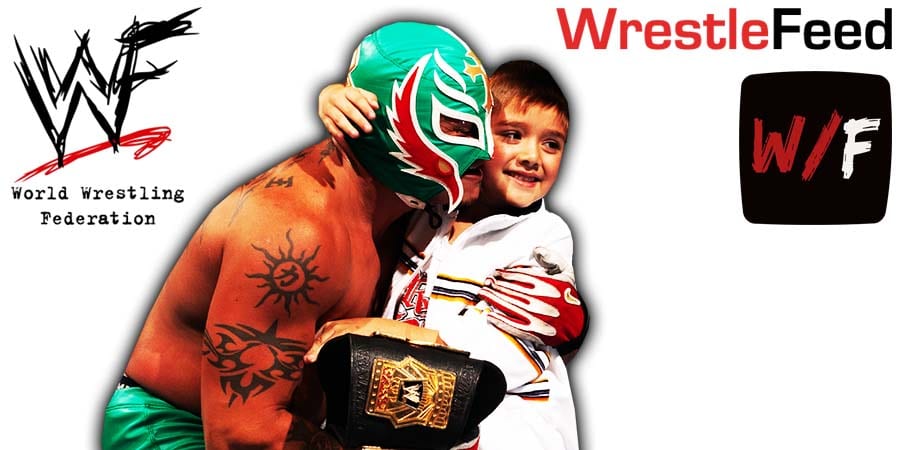 During a recent appearance on the Out Of Character podcast, Dominik Mysterio talked about the future of his WWE character.

“The long goal, the endgame, is to eventually take over the Rey Mysterio. That’s the legacy within it, he’s Rey Mysterio, it’s only right to make it junior. Traditional and Lucha culture and Hispanic culture, that’s tradition, that’s what you do.

I kind of showed up and Dom Mysterio just organically happened. Everything happened so fast, we didn’t get a chance to put these little things together but we’ve definitely talked about it.

He’s mentioned it before, the mask is something that I have to earn along with the name so one day if he wants to pass it onto me after he retires or wants to make me earn it after he retires, whatever it is I’m up for it.

I just know that that name belongs to me and it’s only right. Hispanically, culturally, it’s only right but whatever he wants at the end of the day because he’s the one who’s made it what it is.

I’ll respect his decision whatever it is.”

Also Read: Dominik Mysterio Reveals That His Teacher Believed The 2005 Storyline With Eddie Guerrero Was Real