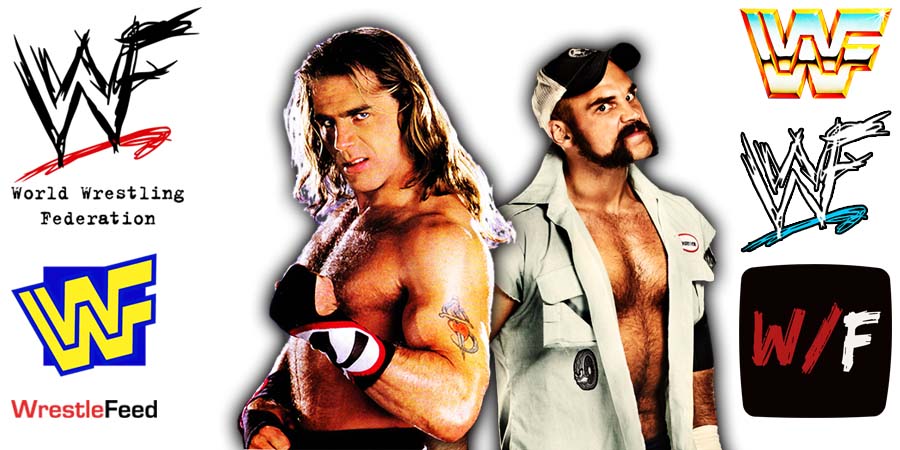 During a recent edition of Renee Young’s podcast, AEW wrestler Dax Harwood of FTR (fka Scott Dawson of The Revival in WWE) talked about opening up about his biceps injury and personal issues in front of Shawn Michaels and what HBK did later with that information.

“I told [Shawn Michaels], I was like man, this happened. Tore my bicep. I went through a really dark period, I thought I was going to quit.

But thankfully, just like I told you, I have the greatest wife in the world and she has supported me and brought me out of this funk and she brought me out of a dark place and I’m here now and I’m super happy.

He said, ‘I was the same way, I was in this very dark spot. I met my wife, she’s beautiful, and she pulled me out of this dark spot, too.’ I was like, ‘Ah, that’s so awesome.’

I’m like ‘Ah, man, Shawn, thank you so much.’ We had this bonding moment.

And then, we got in front of his friends. X-Pac and Hunter and Billy and Road Dogg, and Scott. As soon as we got in front of his friends, he started making fun of me and making fun of my situation and what happened with my bicep and I was like, ‘Man, I just poured my heart out to you and as soon as we get in front of your friends, because we’re going over, they’re going to beat the sh*t out of us, you decide to take all that stuff and make fun of me about it.’

And I never ever forgot it. As soon as we were done with the business at RAW, one person said thank you to us, and it was Sean Waltman.”

It was broadcasted from the Nashville Arena in Nashville, Tennessee and featured matches, interviews & storyline segments on the road to the ‘WWF WrestleMania 13’ PPV.

3. The Headbangers vs. The Godwinns