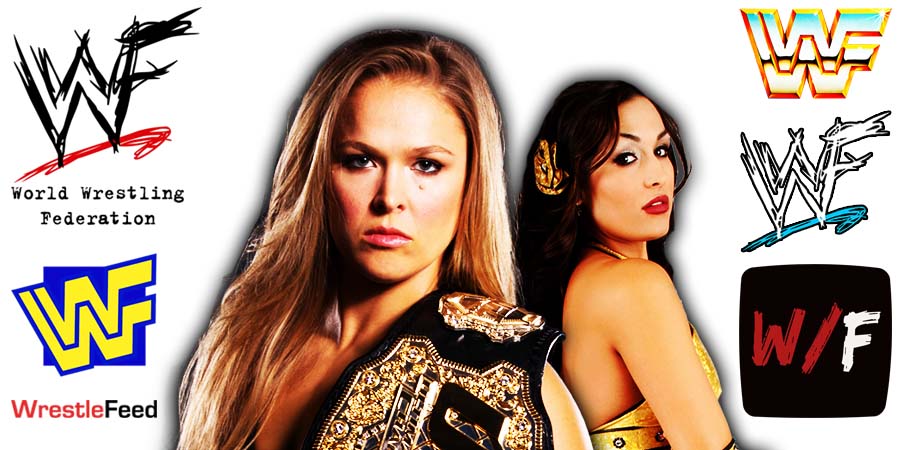 In the main event of the WWE Evolution 2018 pay-per-view (first and only all-women’s WWE PPV so far), Ronda Rousey defeated Nikki Bella to retain the RAW Women’s Championship.

Ronda and Nikki also had a little exchange during the Women’s Royal Rumble 2022 match.

During the latest episode of The Bellas Podcast, WWE Hall Of Famer Nikki Bella had the following to say about facing Rousey in the ring:

“Her strength is unreal. That Evolution match, I never felt that kind of strength in a woman before.

We’ve been getting slammed by women for 15 years. When I fought Ronda, I was like, this is a whole other level of strength.

It’s like a flawless strength, it’s hard to describe.”

Ronda Rousey will face Charlotte Flair for the SmackDown Women’s Championship at WrestleMania 38.

– The Dream Team vs. The British Bulldogs