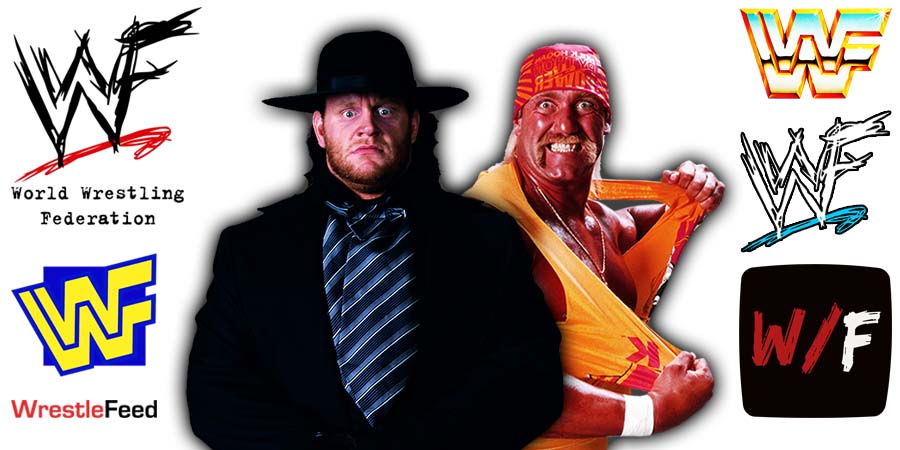 During a recent interview on Podcast de Roberto MTZ, former WWE Champion Alberto Del Rio talked about WWE Hall Of Famer The Undertaker and his legendary 21-0 WrestleMania Streak (which has now turned into a WrestleMania record of 25-2).

Del Rio had major praise for The Deadman and thinks The Phenom should’ve retired with The Streak being intact.

Below is what Del Rio said:

“That moment when The Undertaker’s undefeated streak was cut short, I think it was the fans’ gasp of: ‘Why the f**k did they do it?’

And I myself as a wrestler and fan say it, I wonder why they broke Undertaker’s streak and why they gave it to Brock Lesnar.

If they were going to do it, they should do it with a new figure that was going to lead the company in the future, someone who was pushed to the clouds because Lesnar did not need it.

It is one of those mysteries that we will never know the reality.

Personally, I tell you that 90% of the people in the industry and millions of fans agree that the character of The Undertaker goes beyond the business of wrestling. He is a character that literally made the business.

I think The Undertaker and Hulk Hogan are responsible for wrestling becoming a multi-million dollar industry.

In the United States they call him a character ‘larger than life’ and I think they should have left him his undefeated streak at WrestleMania.”

On this day in 2016, we lost Old School Midget Wrestling Veteran Lord Littlebrook (Real name: Eric Tovey) at the age of 87.

Lord Littlebrook was one of the most famous Midget Wrestlers in Professional Wrestling history, working for various major promotions such as the AWA, Georgia Championship Wrestling, Jim Crockett Promotions and the World Wrestling Federation.

Most Old Schoolers still remember him teaming up with Little Tokyo & King Kong Bundy to take on the team of Little Beaver, Haiti Kid & Hillbilly Jim at WrestleMania III.