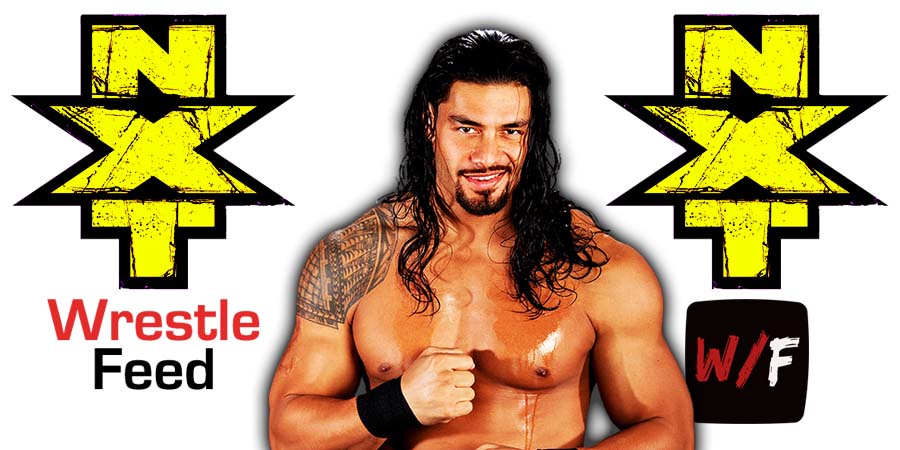 During a recent interview with ViBe & Wrestling, NXT 2.0 star Bron Breakker (son of Rick Steiner) was asked who he would like to face from the WWE main roster.

While naming WWE Superstar, he went on to say that he’s going to defeat Universal Champion Roman Reigns one day.

“I will fight Roman Reigns one day, for sure. I will beat him one day too. As far as RAW goes, obviously Seth Rollins. There are just tons of guys between both brands. Bobby Lashley is another one. Big E is obviously WWE Champion right now. Drew McIntyre too.”

Breakker is currently feuding with Tommaso Ciampa for the NXT Championship. Ciampa defeated Breakker at NXT Halloween Havoc 2021 to retain the Title.

Breakker’s team then defeated Ciampa’s team in a War Games match earlier this month. A Title rematch between them is expected to happen soon, as Ciampa attacked Breakker on this week’s episode of NXT 2.0.

Bron Breakker definitely has a bright future ahead of him in WWE. He’s only 24 years old.

On this day in Pro Wrestling history on December 14, 2003, World Wrestling Entertainment aired ‘WWE Armageddon 2003’ LIVE on PPV from the TD Waterhouse Centre in Orlando, Florida.

This was the 4th edition of the annual WWF/WWE Armageddon pay-per-view that ran from 1999 until 2008, but didn’t have one in 2001 due to the name sounding inappropriate so close after 9/11.