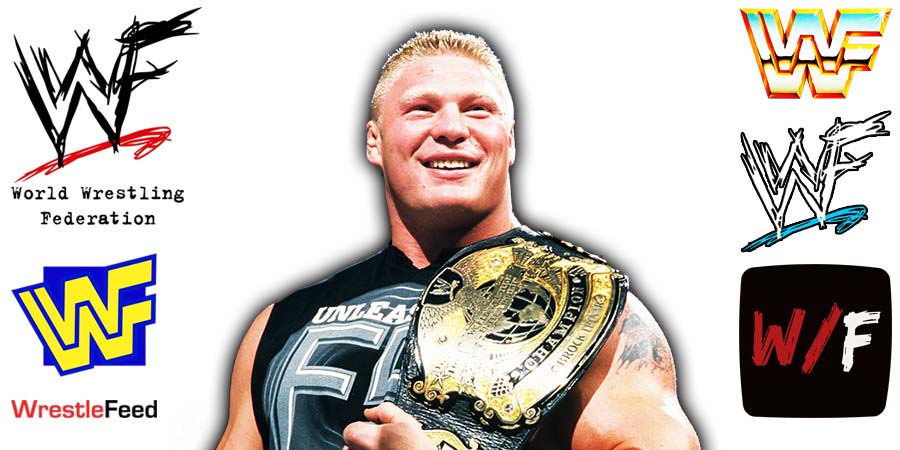 On which match his father enjoyed at WrestleMania 38:

“WrestleMania was amazing this year, we had 78,000 people. As Vince would say, it was the most ‘stupendous’ WrestleMania in history. And I will actually say, this past WrestleMania, was amazing. I thought both nights were very stacked and it had everything you want in pro wrestling.

My dad actually watched WrestleMania, and, you know, I thought he’d think my match was the best but he was like, ‘Dude, that Johnny Knoxville.’ He’s like, ‘Those Jackass guys, they really brought it. That was match of the night!’

Dude, exactly, you’ve got to realize that it’s the best part about WWE, like, we’re not just doing one thing. We cater to everybody in all forms and facets of entertainment and having Johnny Knoxville go against Sami Zayn, and having all those guys, to me, it was epic.”

On his ideal WrestleMania match:

“I mean, right now, you’ve got Edge. He’s really good and he’s with Damian Priest, so that would be entertaining.

The obvious answer is Brock Lesnar, you know? I’ve been wanting that guy for a minute and then he kind of didn’t want me, but now we’re kind of like [almost on the same level]. I might be able to get in there now. I don’t know if I’ll like the outcome of the match, but of course!

I had a little taste [at Elimination Chamber 2022]. Things did not go according to plan, I think everybody would agree with that. And Brock broke out of his pod and did what Brock does, you know? Nobody was ready for him and he came in and ‘Brocked’ us, you know?

But yeah, I would like that when the time’s right and the build’s right. I think my two — or Randy [Orton]. But right now we’re teaming, you know? I don’t want to put that in the atmosphere, so I’ll say Edge or Brock.”

Also Read: Brock Lesnar Reveals What He Has Been Doing Since His WrestleMania 38 Loss

It was pre-taped at the Jacksonville Memorial Coliseum in Jacksonville, Florida and featured matches, interviews & storyline segments on the road to the ‘WWF No Mercy (UK) 1999’ PPV.