Next week’s episode of AEW Dynamite was taped at Daily’s Place in Jacksonville, Florida this past Thursday.

One of the matches which took place there was Tay Conti vs. Abadon.

As noted before in the full spoilers of the show, the match was stopped abruptly due to a serious injury. The injury was said to be bad, and resulted in hospitalization.

Dave Meltzer confirmed this on F4WOnline and revealed that the wrestler injured during this match was Abadon. 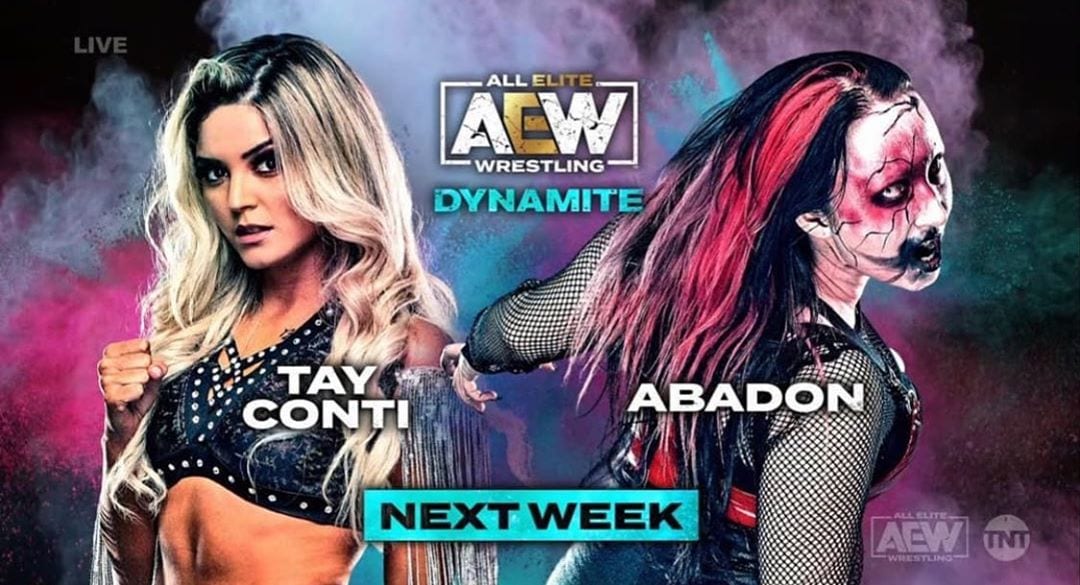 She was hospitalized and is expected to make a full recovery.

It’s likely that the match won’t air next week.

On this day in 1994, the World Wrestling Federation aired the first ever episode of ‘WWF Action Zone’.

– Clip of the Heartbreak Hotel: Doink debuts Pink the clown

– IRS Promo (at the funeral home)