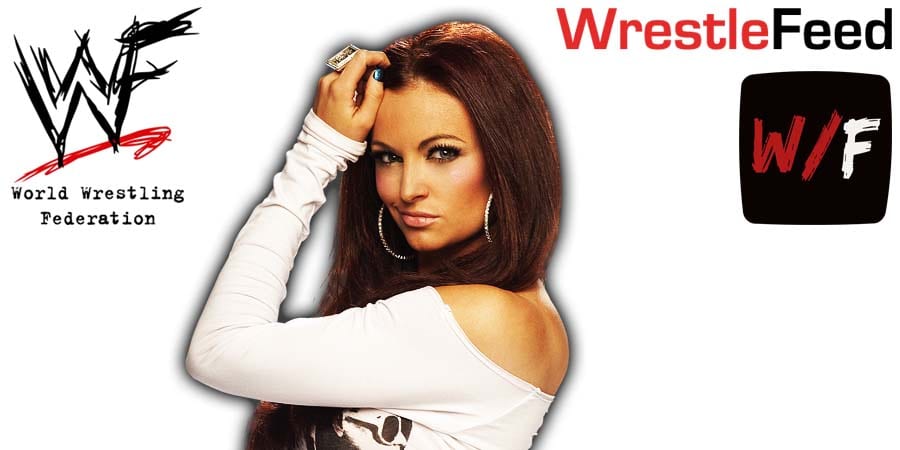 • Shelton Benjamin Once Groped Maria Kanellis In The Ring (Video)

Maria Kanellis made her debut in WWE back in 2004 at the age of 22. Her first run in the company lasted till 2010, when she got released.

Maria returned to WWE in 2017 (this time with her husband, Mike Kanellis) and got released in April 2020 due to budget cuts.

Prior to her return to WWE, she worked for companies like Impact Wrestling, NJPW, & Ring Of Honor.

In ROH, she was involved in a hot moment in the ring, where not only was she groped by her husband Mike Bennett, but she also got groped by Shelton Benjamin (who’s currently a member of The Hurt Business stable on WWE RAW).

MUST WATCH: Maria Kanellis Was So Hot:

They first made a name for themselves as The Bruise Brothers in Memphis, Smoky Mountain Wrestling and Extreme Championship Wrestling, before they joined the World Wrestling Federation in January 1995 as The Blu Brothers, Jacob & Eli Blu.

In 1996, they were repackaged as The Grimm Twins, Jared & Jason, a gimmick that didn’t last very long, but in 1997 they became known as Skull & 8-Ball, members of The Disciples of Apocalypse.

After being released in 1999, they joined Ted Turner’s World Championship Wrestling, where they ended up as members of the nWo 2000 faction.