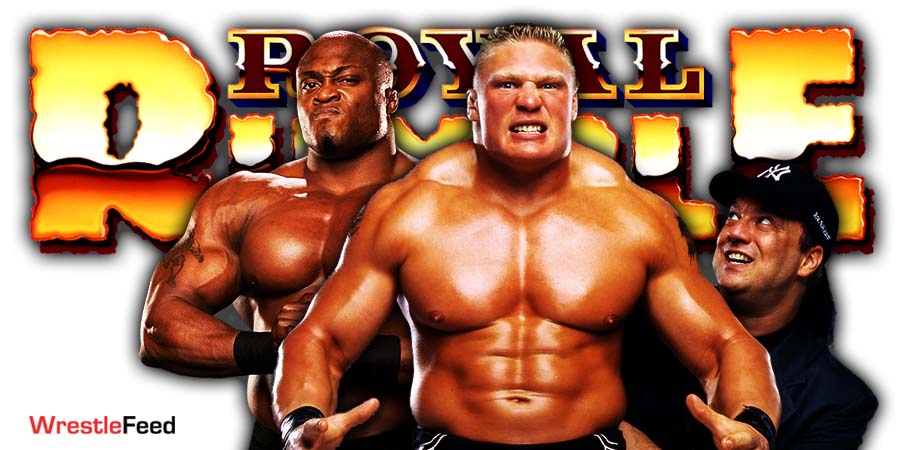 • “If I don’t, nobody will” – Bobby Lashley On Beating Brock Lesnar

Former WWE Champion Bobby Lashley is finally getting what he has wanted for years – a singles match against Brock Lesnar.

Lesnar vs. Lashley for the WWE Championship will take place at the Royal Rumble 2022 pay-per-view.

During a recent interview on WWE’s After The Bell podcast, Corey Graves asked Lashley if he can beat The Beast.

Here’s what The All Mighty said:

“I think so. If I don’t, nobody will. He’s at that point where he will not be Brock Lesnar in 10 more years.

Brock is limited to years now also. Even though he has a very light schedule, he’ll not be coming back for 20 years and turning into old Brock.

If he can’t be Brock, he’s not gonna come back.”