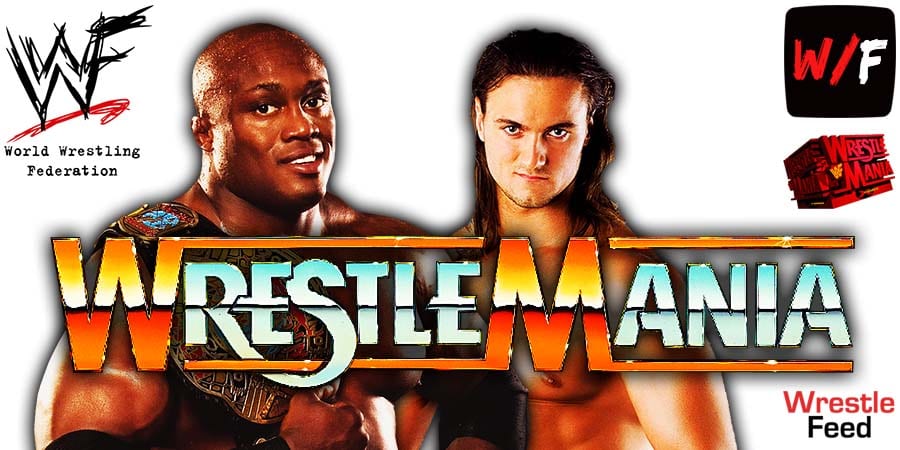 • “If they did that, Lashley would become a mid-carder” – John Cena Sr. On Current WrestleMania 37 Rumor

WWE Champion Bobby Lashley’s short feud with The Miz is over, as Lashley defeated Miz in their WWE Title rematch on this week’s episode of RAW.

According to various reports, the plan now is for Bobby Lashley to defend the WWE Championship against Drew McIntyre at WrestleMania 37, where McIntyre is rumored to defeat Lashley to become a 3-time WWE Champion.

During his interview with Boston Wrestling MWF, John Cena Sr. (father of 16 time WWE World Heavyweight Champion John Cena) had the following to say about this rumor:

“If they did [book Drew McIntyre to win the WWE Championship at WrestleMania 37], Lashley would become a mid-carder.

If they pull the rug out from under him now at WrestleMania, he’s gonna go right down to mid-card, and then it’ll be bye bye, Bobby. That’s the sad part about it.

You take an athlete of that caliber, doing the job, and then bing, bing, bing. It just doesn’t make sense.”

It was pre-taped at the Gund Arena in Cleveland, Ohio and featured mid-card matches & highlight videos on the road to the ‘WWF WrestleMania XV’ PPV.

– Too Much vs. The Hardy Boyz