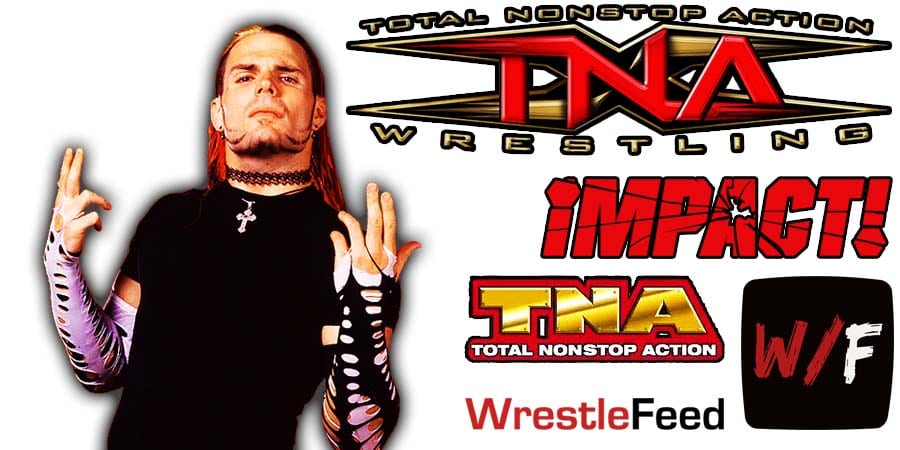 10 Years ago today, TNA presented their Victory Road 2011 PPV. The main event of the show was “The Icon” Sting defending the TNA World Heavyweight Championship against Jeff Hardy.

Hardy was intoxicated and in no condition to compete. Sting forcefully pinned Hardy to end the match in 88 seconds and this became the most infamous match in TNA history.

After the match was over, Sting responded to fans chanting “Bullsh*t” by saying “I agree”. Hardy was abusing drugs & alcohol and completed a 120 day rehab after this.

To make up for this horrible PPV main event, TNA offered 6 months free service of “TNA on Demand” to the fans who bought this PPV event.

During an episode of the ’83 Weeks’ podcast, Eric Bischoff talked about this infamous match.

Here’s what the former WCW President had to say about that night:

“About 3 minutes before he walked out through Gorilla, Jeff’s MO at the time was to get to Universal Studios, check-in and go hide until he was absolutely necessary and it was either interview or match time.

To this day, I don’t know where he hid. He’d show up, wave and hide until 6 o’clock. I think on this night it’s safe to assume he was hiding wherever he was hiding and doing whatever drugs he brought with him.

I’m not an expert on drugs, but I’ve seen enough of it from a distance and up close to recognize it, the agent looked at me like what the f**k are we going to do. It took forever to find Jeff, he was really late getting to Gorilla.

Knowing and hearing that they were having a difficult time finding Jeff, I made my way over to Gorilla. When I saw Jeff approaching I didn’t notice Jeff being twisted up as much as I did the agent’s face.

Once I got close to Jeff it was obvious he was f**ked up.