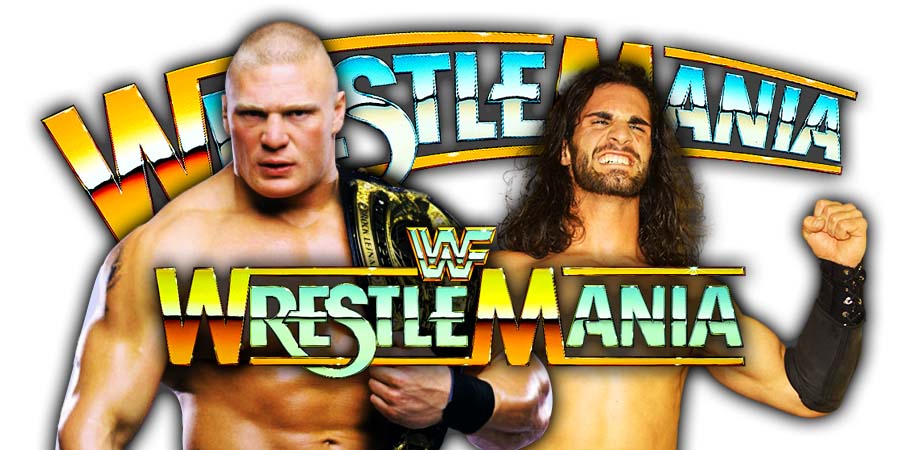 • “I’ll be honest with you, that hurt me” – Seth Rollins On Becky Lynch Main Eventing WrestleMania 35

At the Show of Shows in 2019, Rollins defeated Brock Lesnar in the first match on the main card to win the Universal Championship, while his wife Becky Lynch pinned Ronda Rousey to win the RAW & SmackDown Women’s Championship in the main event.

“We’re both vying for that main event spot and I remember Becky gets the call that they’re going to put the women on last.

I’ll be honest with you, that hurt me.

I thought this was gonna be my year, man. I’m getting this match with Brock, and if you have a World Title match with Brock Lesnar at WrestleMania, 99 out of 100 times that’s going on last, except this year when my wife was as hot as any babyface has ever been and she’s got a perfect foil in Ronda Rousey.”