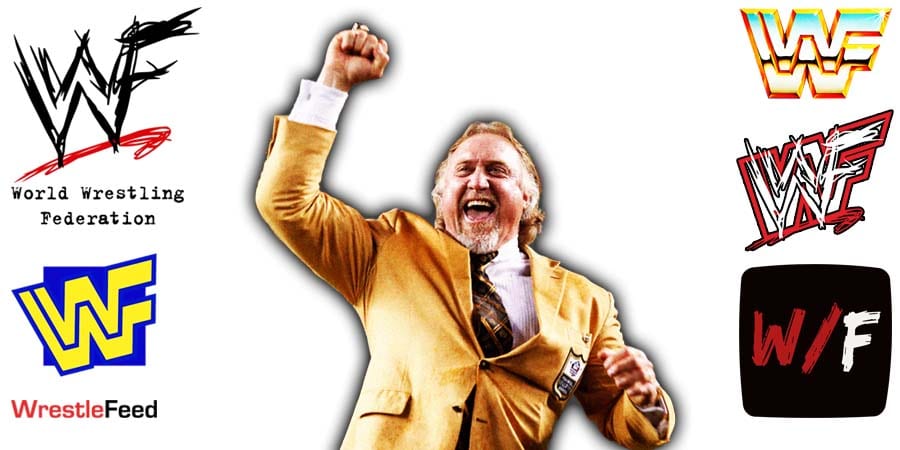 As we noted before, NFL Hall of Famer & former WCW wrestler Kevin Greene passed away at the age of 58.

“The entire Pro Football Hall of Fame family mourns the passing of Kevin Greene. I regarded him as a personal friend and a true Hall of Famer in every sense. He possessed the most incredible can-do attitude of anyone I ever met.

He was a great player, but more than that, he was a great man. Our thoughts and prayers are with Kevin’s wife, Tara, and their entire family. We will forever keep his legacy alive to serve as inspiration for future generations. The Hall of Fame flag will be flown at half-staff in Kevin’s memory.”

No information regarding the cause of his death is known right now.

Greene had a couple of runs in WCW in the 90s. He was the tag team partner of Steve “Mongo” McMichael. Greene left for a while when Mongo turned on him. Greene returned a few months later and defeated Mongo to get his revenge.

At WCW Slamboree 1997, Greene teamed up with Ric Flair and Roddy Piper to defeat the nWo (Kevin Nash, Scott Hall and Syxx).

In his final WCW run in 1998, he teamed up with Goldberg to battle the nWo. Greene lost to The Giant (later known as The Big Show in WWF/E) at Bash At The Beach 1998.

Greene was forced to leave pro-wrestling when NFL teams began requiring a “no wrestling” clause in his contract.

Below is what 2 time WWE Hall of Famer Ric Flair posted about it on Twitter:

“The Sack Master Man! I’m At A Loss For Words… What Started Out As A Relationship Of Mutual Respect Resulted In A Bond Of Friendship Throughout These Years. I Have 2 Autographed Jerseys That You Inscribed “You Are Simply The Best!” Let Me Return This By Saying You Were The Best!

We Will All Miss You! Rest In Peace Kevin!”

We Will All Miss You! Rest In Peace Kevin!

I only met Kevin Greene once, a chance meeting at Universal Studios, where we talked while watching our children play at Fievel‘s playground. He loved his time in wrestling.”

I only met Kevin Greene once, a chance meeting at Universal Studios, where we talked while watching our children play at Fievel‘s playground. He loved his time in wrestling. https://t.co/1jytAbfP2Y

Young Pistols vs. The Patriots