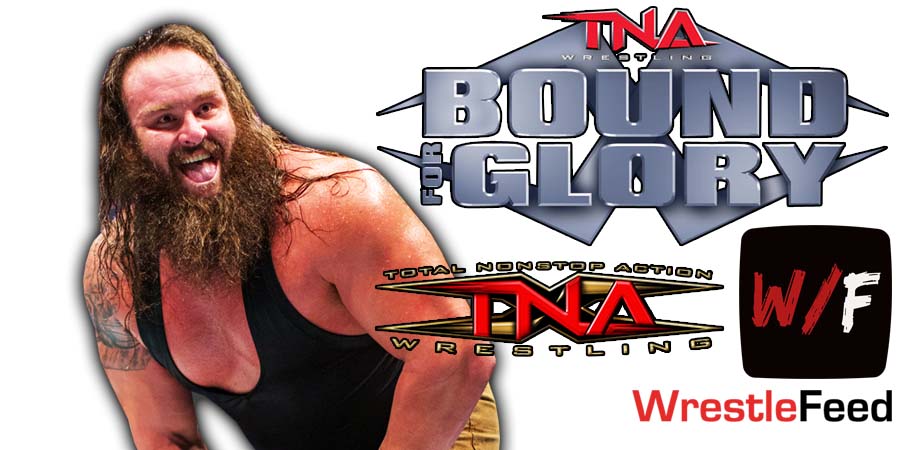 According to Fightful Select, Impact Wrestling contacted the following 3 WWE stars for an appearance at their recent Bound For Glory 2021 PPV:

Even Impact Wrestling stars thought Strowman was going to appear at the PPV, after reports came out that he met Impact EVP Scott D’Amore. Both parties had a conversation, but a deal hasn’t been finalized.

Impact contacted Wyatt, but “The Fiend” isn’t expected to sign with them. Also, Wyatt wouldn’t have been able to appear at Bound For Glory anyway, due to his WWE non-compete clause not being over yet.

Bronson was originally booked for the show, but was later unbooked for an unknown reason.

On this day in Pro Wrestling history on October 26, 2008, World Wrestling Entertainment aired ‘WWE Cyber Sunday 2008’ LIVE on PPV from the US Airways Center in Phoenix, Arizona.

This was the fifth and final annual Cyber Sunday (in 2004 & 2005 known as “Taboo Tuesday”) pay-per-view and it featured the WWE RAW, WWE SmackDown and ECW brands.