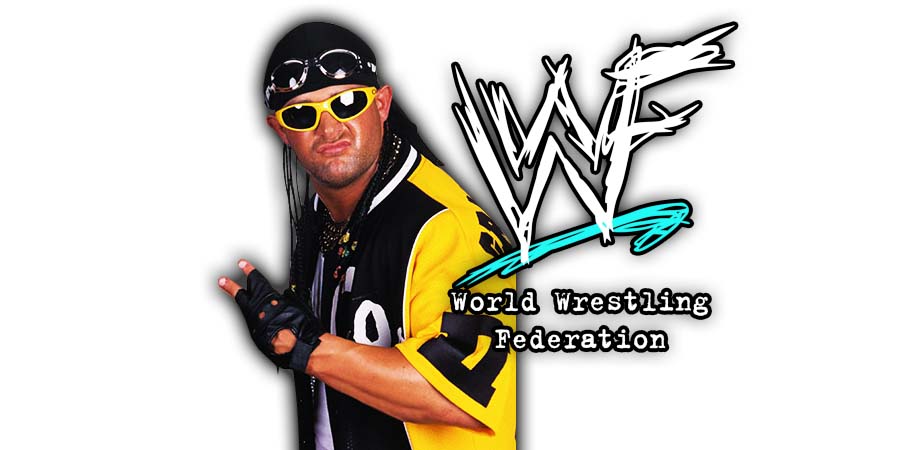 We confirmed earlier in an update that Old School WWF Attitude Era wrestler Brian Christopher (a.k.a Grandmaster Sexay) has indeed passed away. He was 46 years old.

Below is the complete update from Memphis Wrestling:

“Brian was rushed to a hospital last night (Saturday, July 28) after he was found hanging in his cell in the Hardeman County jail–where he was being held on DUI charges since early this month. At the hospital, unable to breathe on his own, he was placed on a medical ventilator until this morning (Sunday, July 28). According to Paula Lawler, they kept Brian alive until Jerry could get there to kiss him good bye.”

Brian’s recent history is making him look bad in front of a lot of people, but some people disagree. One of them is Dan McDevitt (co-owner of MCW Pro Wrestling).

Dan shared a heart touching story about what Brian did after he worked a match for his promotion and you can read it below:

“I try only to judge people on how they treated me. One of the first times I ever met “Grandmaster Sexay” Brian Christopher he worked for me in Paw Paw West Virginia, a town seemingy in the middle of no where. The show absolutely bombed and he was fresh off WWE TV and was at the time very over just coming off his run as “Too Cool”. That means his price tag was steep (several thousand dollars).

He went to the ring and worked as hard in front of 100 people as he would have if there were 3,000 people in the building. I paid him and shook his hand and thanked him. As we were dealing with the end of the show stuff he walked up and handed me an envelope and it had over half his money in it. He said to me “I have been around this business my whole life, I know you guys lost your ass tonight, take this back and lessen the blow and make it up to me down the road” In 25 years in pro wrestling he is the only star that has ever done that.

He had his demons, but that’s how I remember him, how he treated me, as a good kind hearted dude. May he rest in peace and hopefully his father, Jerry Lawler finds peace as well.”