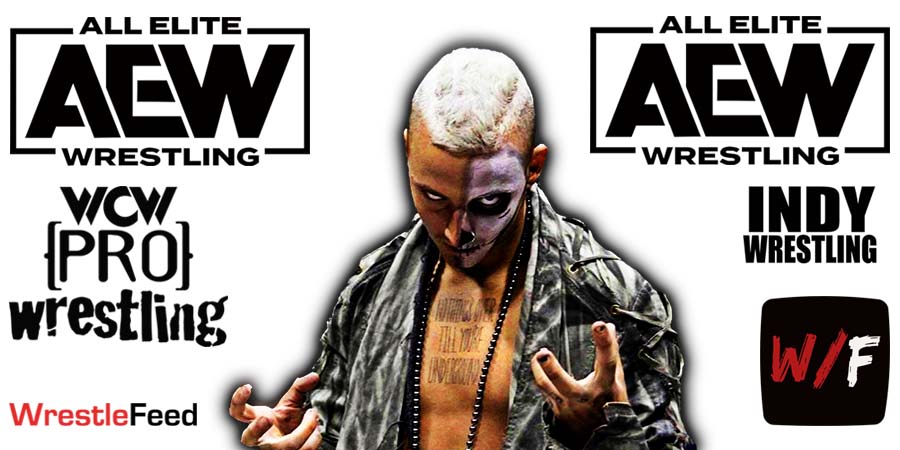 Indy wrestler Hawlee Cromwell took to Twitter to claim that AEW star Darby Allin abused her during their relationship.

Here’s what she wrote:

“It got to the point we’re I was so disassociated and was walking on eggshells all the time that I didn’t say much and if I didn’t reply how he wanted I would get screamed at. He would tell me if I didn’t do things he wanted me to he was going to leave me.

He also would threaten to leave me if I didn’t have $ex with him or do $exual things and perform $ex acts with him. I took me a long time to realize that threatening someone to have $ex with you isn’t consent. It’s rape. I struggle with this to this day and have so many fears around $ex and around intimacy.”

“I’m tired I’m so f**king tired and I don’t care anymore. Darby Allin abused me. He abused me and I’m tired of being called a liar by “fans” who have no idea the sh*tty person he really is. Somehow no one remembers, I’ll never forget how you treated me like sh*t.”

“I’m so tired. My only goal is to make sure other people realize being treated like shit isn’t ‘normal’ or ‘something that happens’ it’s wrong. No one should treat you like you’re garbage. I want people to know someone is bad and to be careful.”

She also went on to post a conversation with Darby’s ex-wife Priscilla Kelly (WWE NXT wrestler Gigi Dolin). She posted the screenshots of their chats with the following caption:

“Also for everyone saying ‘his ex said he changed’ here’s her attacking me saying my rape isn’t valid cause it didn’t happen like hers and completely disregarding the fact that I was under his thumb and stuck with the abuse.”

Also for everyone saying “his ex said he changed” here’s her attacking me saying my rape isn’t valid cause it didn’t happen like hers and completely disregarding the fact that I was under his thumb and stuck with the abuse. pic.twitter.com/xVtrcswxsB

Darby is currently a top wrestler in Tony Khan’s All Elite Wrestling, where he’s a former TNT Champion and is feature alongside the legendary Sting.

3. Doink The Clown vs. Joey Maggs