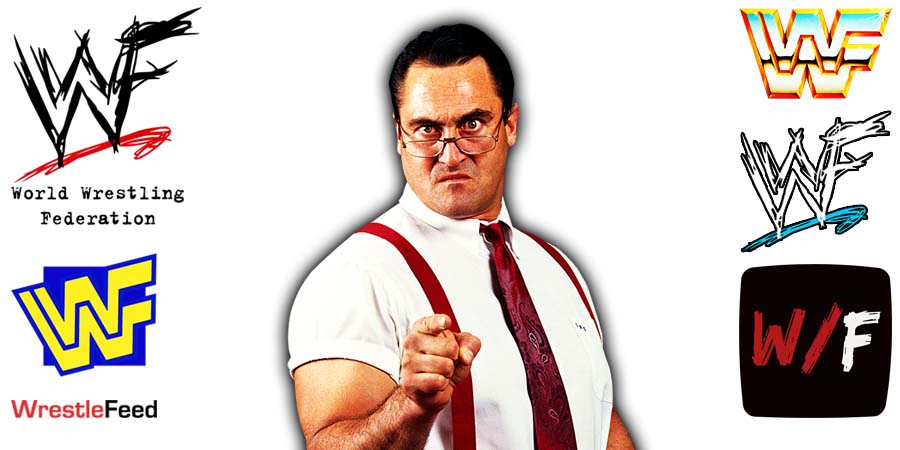 Both Wyatt and Dallas were released from the WWE last year.

Below are the highlights from this podcast appearance:

On the future of Bray & Bo:

“They’re definitely not done. I don’t know, they kind of got their foot in and going with a couple different things, trying to see what’s available.

So, you know, maybe you’ll see them back. Maybe you won’t, I don’t know yet, but I don’t want to speak for them either because I know they’re trying to reach out and get some different things going.”

On his sons wanting to become wrestlers:

“I didn’t push them to get into it. And I told them, I said, it’s a hard business, you know, you’re gonna have to go through a lot of sh*t. And of course, I think it’s a natural thing with them.

Their grandfather did it, their uncles did it, their dad did it. No matter what you try to tell them, they’re gonna try to go do it. You know? And they did and they were both successful.”

On Vince McMahon not giving Bo Dallas a push on the WWE main roster:

“Vince, I don’t think gave my younger son Taylor a chance because Taylor is a hard worker. He really is. You can’t teach that timing and stuff and Windham (Bray Wyatt) had a great, great gimmick. He got over because he could talk and it was a unique situation. So I’m proud of them both.”

Also Read: The Undertaker Wants Bray Wyatt Back In WWE

– The One Man Gang vs. Lanny Poffo