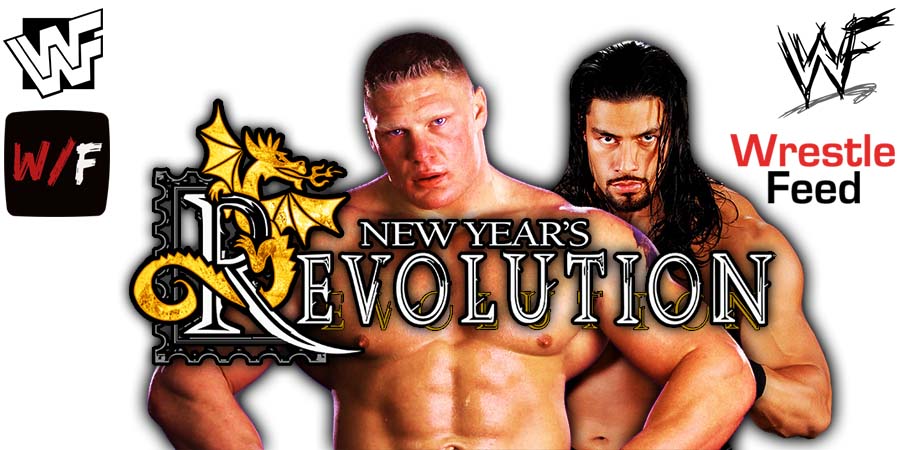 • Is The WWE Day 1 PPV Match-Card Going To Get Affected Due To COVID-19?

As we noted earlier, WWE held two Live Events last night and one of them was at Madison Square Garden.

The original main event was scheduled to be Big E vs. Kevin Owens vs. Seth Rollins for the WWE Championship.

However, Rollins tested positive for COVID-19, so he got pulled from the show. WWE also pulled some other Superstars from this show to make sure they are safe and ready to perform at the WWE Day 1 PPV on January, and one of them was Big E.

Merry Covid Christmas to me!!!! I LOVE FOOTBALL!!!

This led to WWE changing the main event to Edge vs. Kevin Owens in a Steel Cage match.

Edge was then rushed to NYC to work this main event as the top attraction.

Below are the wrestlers that got pulled from last night’s Live Events:

At The MSG Live Event

At The Tampa Live Event

According to Wrestlevotes, WWE Officials are hopeful that the WWE Day 1 PPV will go on as planned this Saturday night:

“Regarding the availability of talent for this weekend’s Day 1 PPV, source told me this morning that if the show was tonight, multiple matches would have to be changed.

Good thing the event isn’t until Saturday & WWE is hopeful they can keep the card as is. All fluid at this time.”

After working the territories for quite a while, he joined the WWF in 1983 as The Masked Superstar, before he became known as Ax, one half of one of the most successful Tag Teams in WWF history: DEMOLITION!

Despite popular misconception, Demolition still holds the record for being the longest title holders of their particular WWF/E World Tag Team Championships for a fact, as the record can not ever be beaten anymore, after those titles were retired in 2010.

The record that those new modern day PG era guys falsely claimed to have broken, actually happened with a different kind of WWE Tag Team Championships, that were only established in 2002, 11 years after Demolition vanished from WWF TV.