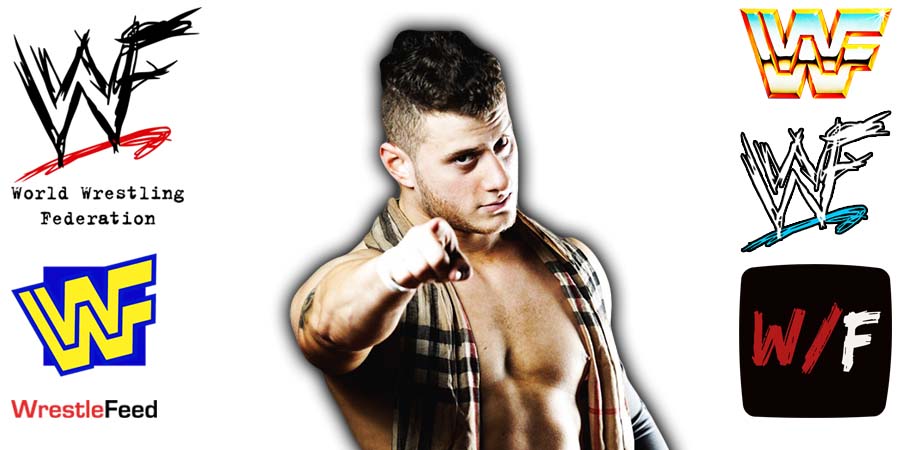 On last week’s episode of AEW Dynamite, MJF cut his own version of the pipebomb promo.

MJF ripped Tony Khan for paying ex-WWE guys more money than him, even though he’s been carrying the company since the beginning and no one is better than him.

Prior to this, he no-showed the AEW Double Or Nothing Meet & Greet.

On the DDP Snake Pit podcast, WWE Hall Of Famer & current AEW Personality Jake “The Snake” Roberts had the following to say about this situation:

“For me, it made me sick. It really did.

I would love to see what the locker room is like. The bomb that he dropped is going to have repercussions with people.

I couldn’t believe he no-showed a signing, man. It’s a big thing with Tony, he loves these signings, and he wants these guys there.

And for me, you don’t miss stuff like that. This is your fans, your fanbase. These people paid to get in there and you no-showed?”

After wrestling several house show matches in 1991, Tatanka made his televised World Wrestling Federation debut on the February 1, 1992, episode of WWF Superstars and managed to have one of the greatest and most memorable undefeated streaks in professional wrestling history, before Ludvig Borga beat him after almost 2 years.

Tatanka continued to wrestle for the WWF until early 1996 after a heel turn at SummerSlam 1994, where he joined “The Million Dollar Man” Ted Dibiase’s Million Dollar Corporation stable.

He returned to the now renamed WWE for another run from 2005 till 2007 and has also returned occasionally since then, usually for “Old School” specials like “Old School RAW” episodes or Battle Royals.