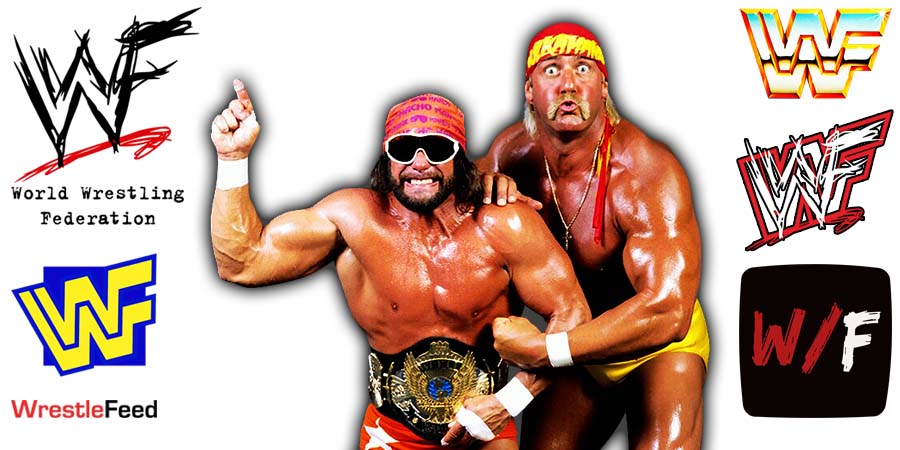 During an interview with Hollywood Raw, Brooke Hogan talked about “Macho Man” Randy Savage and his issues with her father, Hulk Hogan.

“Oh, my God. Really such a great person. So when my parents were going on date nights, they’d leave us kids with him and Liz and I would like brush his hair with, you know how Barbie dolls would come with little pink plastic brush? I would brush his hair.

It was just so sad, like that he passed so soon because he and my dad had just seen each other and made amends or whatever. I guess there was a little hiccup just with Randy and Liz’s breakup and my parents got caught in the middle of just like, ‘We don’t know what to do at this point.’

And my dad and Randy were such good friends, and just really still to this day, it still really upsets my dad when he thinks about it for a while. It’s emotional.

He’s such a great guy, but just so nice and so friendly and so funny and just gentle and just sweet.”

As she noted, Hulk and Randy buried the hatchet and became friends again, which led to the Hulkster inducting his former Tag Team partner into the WWE Hall Of Fame in 2015.

– Randy Savage vs. Paul Roma [prior to the bout Howard Finkel introduced Otto Wanz to the crowd, introduced as the European Heavyweight Champion] (9/23/85; Madison Square Garden)