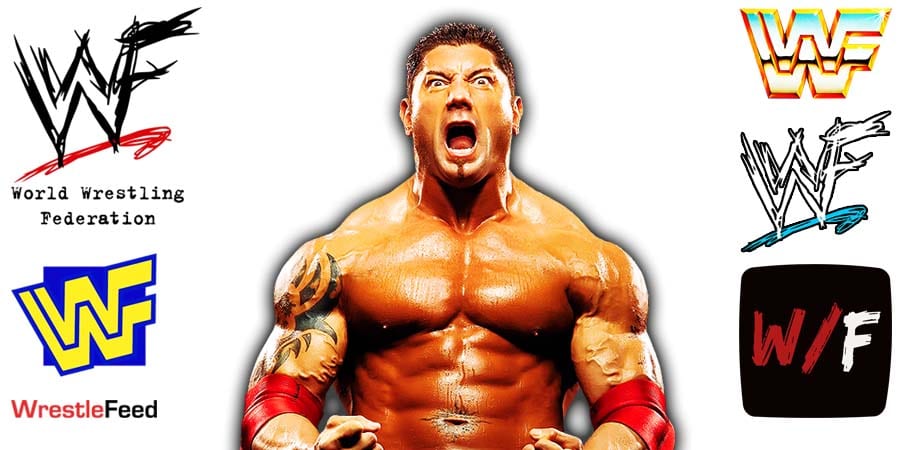 During a recent interview with Men’s Health, WWE Legend Batista talked about his time as a Professional Wrestler and said that WWE has a toxic atmosphere backstage.

It was just a very toxic atmosphere. Wrestling is very competitive. It’s very cutthroat. You’re put in a position where you have to posture up all the time, and it’s exhausting. It’s just exhausting.”

The Animal then talked about falling in loving with acting and how he doesn’t want to do the typical tough guy roles:

“I didn’t want to be the guy coming from wrestling, taking these easy action roles and just kind of pumping up and putting baby oil on my arms. I really fell in love with acting.

I’m not trying to separate myself from professional wrestling because I’m embarrassed or anything like that.

It’s just, I needed to make a name for myself and start all over and kind of just get people to see me in a different light. Because if people always see me as a pro wrestler turned actor, then they’re going to put me in a box for roles.”

Also Read: Vince McMahon Booked Former Employee To Get Beat Up By The Undertaker & Batista As A Punishment

This episode was broadcasted from the Mellon Arena in Pittsburgh, Pennsylvania and featured matches, interviews & storyline segments on the road to the ‘WWE Survivor Series 2003’ PPV.