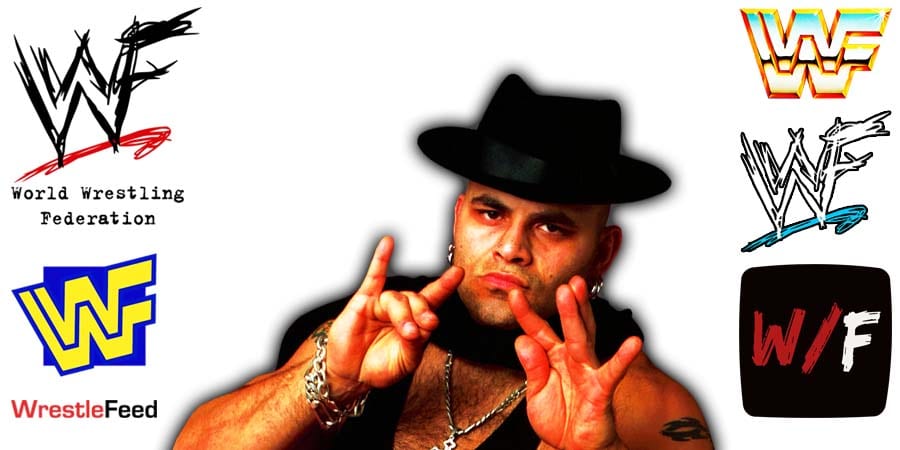 • “It was very, very, very scary and I have no problems telling you I cried” – Konnan Almost Died During Recent Hospitalization

On an episode of the ‘Keepin It 100’ podcast, Old School WCW Veteran Konnan talked about his kidneys failing during his hospitalization, which almost led to his heart stopping and him passing away.

Konnan was recently in the hospital with kidney issues and also tested positive for COVID-19, which made his condition even more serious and could’ve very well cost him his life.

Here’s what the former nWo Wolfpac member, who later in TNA became known as the manager of L.A.X., had to say about the life-threatening situation:

“I was in the hospital. I woke up. There’s 6 doctors in front of me, a nephrologist, a cardiologist, an infectious disease doctor, and they are very, very mad at me because I’m not taking my pills.

I’m being very rude. I’m not listening to instructions. I didn’t want to believe it was as bad as they were telling me. I didn’t want to hear bad news. The bad news means I can’t work and I can’t make money, as if that’s everything in life, which it isn’t.

They’re talking to me. One guy said, ‘Well, Mr. Ashenoff, since you don’t seem to understand the gravity of the situation, I’m going to put it to you in black and white.

The other guy goes, ‘Obviously, that didn’t seem to elicit a response out of you. Your kidneys are failing. What would you like us to do with that? Donate it to science?’

Then another guy walks in, a Chaplain, and you know I hate religion and the motherf***** wanted to pray with me, I almost threw him out the window.

But that’s real sh*t, bro. Then you survey your life and you say, ‘What have I done? Had a lot of fun. Took a lot of drugs. Traveled the world. Told a lot of people to go get f**ked.’ But, I did it my way.

At the end of day, I am not, in any way, shape, or form, going to kowtow, bend to, kiss a**, just because there’s people in this industry that have money and everybody is trying to get as much money as they can and they don’t want to tell them the truth, I’m not a dramatic guy.

It’s just who I am. At the end of the day, I just want to live whatever I have left, whether it’s one day, two days.

My inner being is a helpful person. There’s no way I would have helped so many guys that are not my family members if there wasn’t a part of me that likes to help people.

But, what are you going to be known for? At the end of the day, I had an awakening. I’m very fortunate and I don’t overdramatize this, to be alive.

Right now I feel like a 70 and it took me a long time to get here, a long time. It was very, very, very scary and I have no problems telling you I cried.”

In November 1996, Bagwell turned Heel on Riggs and joined the New World Order, resulting in Scotty becoming a singles wrestler.

By late 1997, he joined Raven’s stable “The Raven’s Flock”, before he was released in 1999 and joined Paul Heyman’s Extreme Championship Wrestling for a while in 2000.