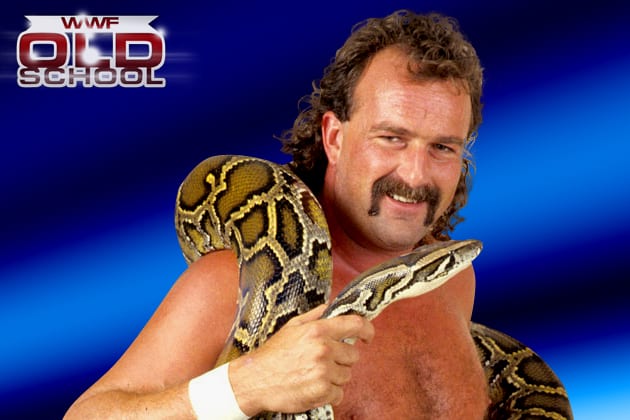 In a recent interview with NerdRepository, WWE Hall of Famer Jake “The Snake” Roberts talked about discovering that pro-wrestling isn’t real, his new documentary, whether he’ll return for one last match & more. Here are the highlights:

“It was horrible, man. All my life, I had always been worried for my father’s health. The matches he was going through, he was a main eventer, so he was doing a lot of cutting and bleeding… he was the focus on all the cards he was on. So to be terrified, as a child, thinking your dad’s gonna get killed… it really broke my heart, man. I was very upset, because I realized my father had played all of us kids. All those years, when we were scared to death for his safety, he was playing it… You look at your dad as the guy that would never lie to you, and never do anything wrong to you, and then you find out he’s a total con artist… I really wanted to throw up, man. I was devastated.”

Positive receptions to The Resurrection of Jake “The Snake” Roberts documentary:

“It feels great, and it also feels great when I’m getting feedback from people who are struggling with the problem that I had, or people that have maybe washed their hands of somebody in their family. Or maybe it’s a great friend they’ve washed their hands of, because that person has a problem. These people now are rethinking, they’re going out and giving that person another chance, and trying to help them.”

Whether he’ll return to the WWE ring:

“I hope so. I’m going to talk to Vince McMahon [about it] at WrestleMania. I would like my last match, forever, to be at WrestleMania next year in Dallas, Texas. I would love to be on that show. I want to go out and give it my best, and I would be in much better shape than I probably was at the end of my career. I still believe there’s a lot of people out there who would like to see me have one more match. I would certainly like to do it… That would certainly be the greatest way to go out. I think that would be awesome, man.”

A possible opponent for his final match:

“I’d like it to be a situation where it would help him. I can think of a thousand scenarios… ideally, it would be something with Bray Wyatt… [but] he doesn’t need Jake Roberts. So it’s gotta be somebody that’s on the way up, that needs a little extra ‘oomph’ like Steve Austin did. And we’ll see if I can’t help them out. Maybe it could be a situation where the winner must use the DDT, and from that point on, they’re the master of the DDT. How about that?”