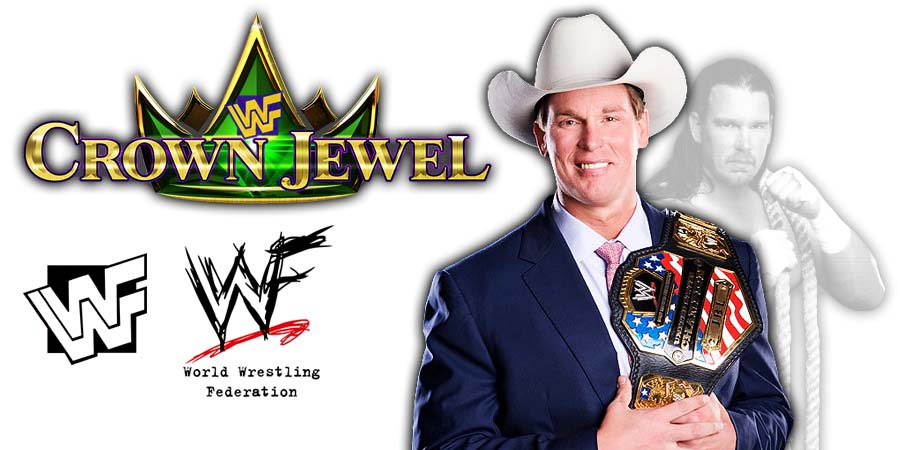 It was broadcasted from the Rod Laver Arena in Melbourne, Australia and featured matches, interviews & segments on the road to the ‘WCW Halloween Havoc 2000’ PPV.

2. Team Canada vs. Misfits in Action

5. Kwee-Wee vs. Johnny The Bull

Below is what JBL said:

“The idea is that WWE is gonna go there. Right now their official line is that they’re monitoring the situation. My personal opinion is that they should go.

I think the only way you promote change- look what we did with Cuba. You isolate a country, all you do is impoverish that country. You wanna promote change? WWE went to Abu Dhabi and did the first women’s match that had ever happened in the Middle East. The crowd was chanting in English ‘this is change’.

For these senators to come out and bash the WWE on this- I’ve spent seven Christmases in Iraq and Afganistan with the WWE. I was with the WWE- the first group to go down and visit the Twin Towers while they were still burning and bodies being pulled out.

We were the first group on 9/13 to have a mass gathering right after 9/11. People didn’t know what was going to happen. For these guys to hide behind their patriotism and their show flag-waving, to me, I think is to try and improve their abysmal approval ratings, to me is wrong.

WWE has been at the forefront of change, and you want to change Saudi Arabia? You send something like WWE there.”

You can watch JBL’s appearance below: