Former WWE Champion Jeff Hardy was recently arrested in Moore County, North Carolina and was charged with Driving While Impaired.

TMZ Sports obtained a police report of this incident and it was revealed that Hardy had a fight with his wife before this incident:

“During the stop, the officer noticed Hardy had ‘what seemed to be dried blood on his nose’ – and asked what had happened.

The driver advised that him and his wife got into a fight.”

Hardy admitted that he took two shots of Vodka earlier in the night and admitted to being impaired:

“Cops also say Hardy bombed the field sobriety test – and was uncooperative when asked for a breathalyzer or blood sample.

The officer ultimately got a search warrant from a judge to extract a blood sample from Hardy – so EMS was summoned to draw it.

Hardy was booked for Driving While Impaired and Driving on a Revoked License. The police report lists Hardy at 6’1″ and 175 pounds. 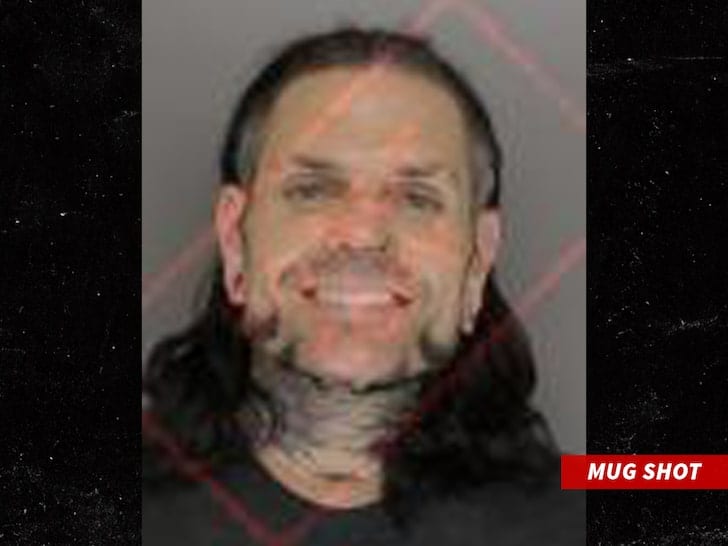 As for the alleged ‘fight’ with his wife, cops tell us they are NOT investigating for domestic violence … but if Hardy filed a complaint, they would look into it.”