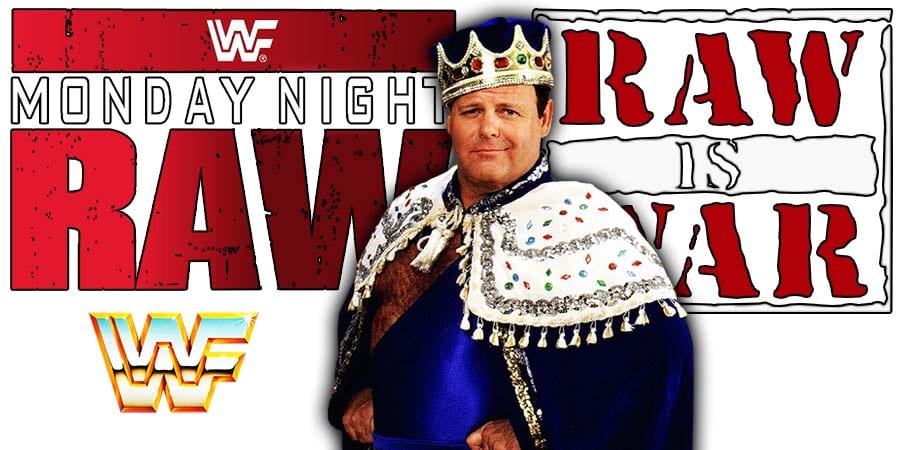 On this day in 2005, we lost Old School Wrestling Veteran “Skip” Chris Candido (Real name: Christopher Candito) at the young age of 33 due to a blood clot.

If you were watching the World Wrestling Federation during the New Generation Era, there’s a big chance you remember him as part of the WWF World Tag Team Champions ‘The Body Donnas’, managed by his real life girlfriend, Sunny.

WWE Hall of Famer Jerry Lawler returned to commentary a few weeks back on RAW.

During the Austin Theory vs. Akira Tozawa match on RAW a few weeks back, Tozawa hit a Senton on Theory from the apron and Lawler called it “Ramen Noodle Moonsault”.

You can hear it in the video below:

Fans noted on Twitter that they didn’t like this comment and considered it offensive and racist. Some fans even went on to say WWE should take Lawler off commentary (similar to how Jim Cornette was taken off commentary on NWA Powerrr for a similar comment).

During the RAW recap on Hulu, WWE edited out this line from Lawler. You can check it out below:

During a recent edition of his podcast, Lawler explained why he made this comment:

“I said the word ‘Ramen Noodle’ on RAW and next thing you know, the internet blows up and I’m a big racist. Let me go back and explain what I was doing and why being racist was the furthest thing from my mind.

It all goes back to 2016 when there was a time when I was doing commentary with Mauro Ranallo…I’ve been in the business for 50 years and I don’t know the names of these crazy moves, right?

I’m seeing them for the first time and all of a sudden the guy does a move and Mauro says ‘there’s the orange crush Tiger Bomb bla bla senton’ and I’m thinking in my mind ‘somebody is making up these crazy names, right?’

I sat down back in 2016 and I wrote down some names of what I thought would be funny moves to go back at Mauro when he called one of these moves [from Japan] and I would say something like, ‘there’s the Ramen Noodle moonsault’.

I was doing it just to play devil’s advocate with Mauro. If I were still doing commentary with Michael Cole or JR, we had the chemistry to where each one of those guys would have known that I was almost making a fool out of myself by claiming like I was acting like I knew what this unbelievable looking move was.

Then either Cole or JR would have said ‘oh King, you know better than that’. With Byron and Tom, we don’t have that chemistry yet. We have only been working together for a short time so when I said that, they didn’t even acknowledge it so it kind of went out and they just kept talking and I kept talking. I didn’t think anything about it either.

That’s where me, Bobby Heenan, Jesse Ventura and all of the heel commentators do that sort of stuff and the joke is on yourself so that the people out there say ‘look at that idiot, he doesn’t even know what he’s talking about and he thinks he does’.”