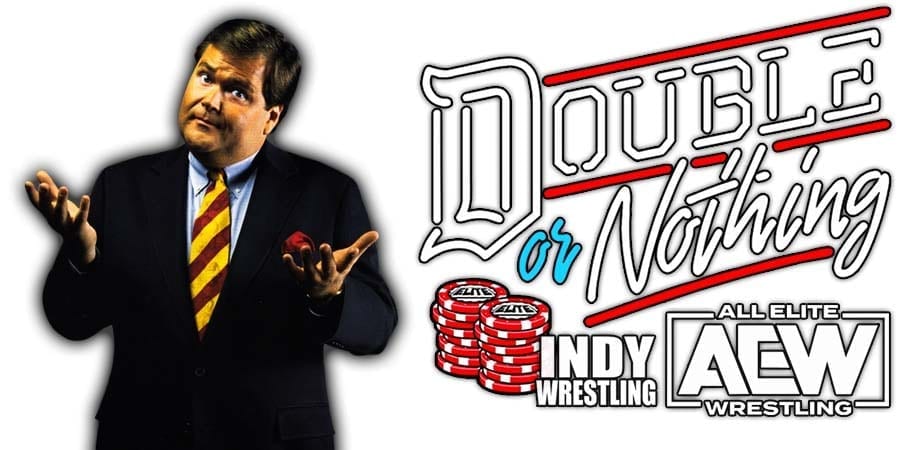 Jim Cornette lashed out at the Stadium Stampede match from AEW Double Or Nothing 2020 on his Drive-Thru podcast.

He said that WWE Hall of Famer & current AEW Commentator Jim Ross shouldn’t have called that match, as it would ruin his legacy:

“Let’s face it, you know Jim Ross knows, I haven’t talked to him after this, probably won’t talk to him for awhile after this, but he knows this is garbage.

There’s two ways to look at this. He signed to do a job so he’s going to do the f*cking job and he’s not going to f*cking come out and bury the sh*t on the air. That’s being professional.

Or there is being professional enough to go, ‘You know what, I’m not going to ruin my goddamn legacy and my standing as the greatest announcer of the modern era by being remembered for calling this f*cking horse drivel.’

And he should go home and f*cking apply his many talents to doing his own thing instead of f*cking letting these people drag him into the goddamn cesspool.”