Ruby will now face the winner of the Jade Cargill vs. Thunder Rosa match in the Finals, to crown the inaugural TBS Champion.

During this match, a fan in the front row held up a sign that read “Nyla Rose is that guy’s Dad”, which led to Nyla showing him the middle finger. 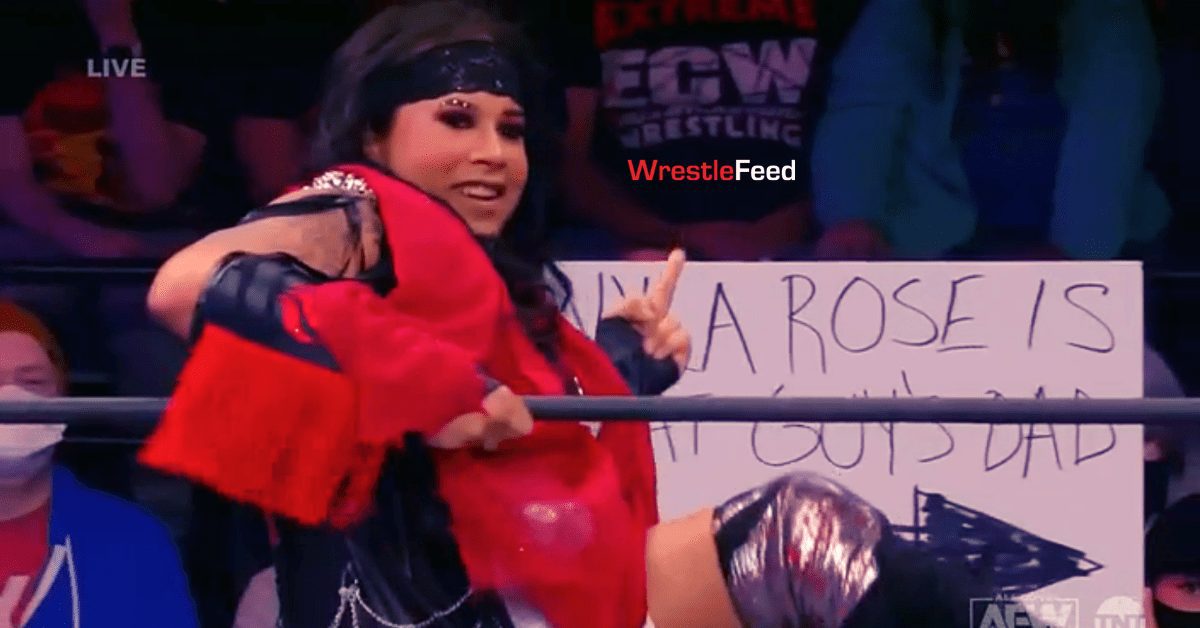 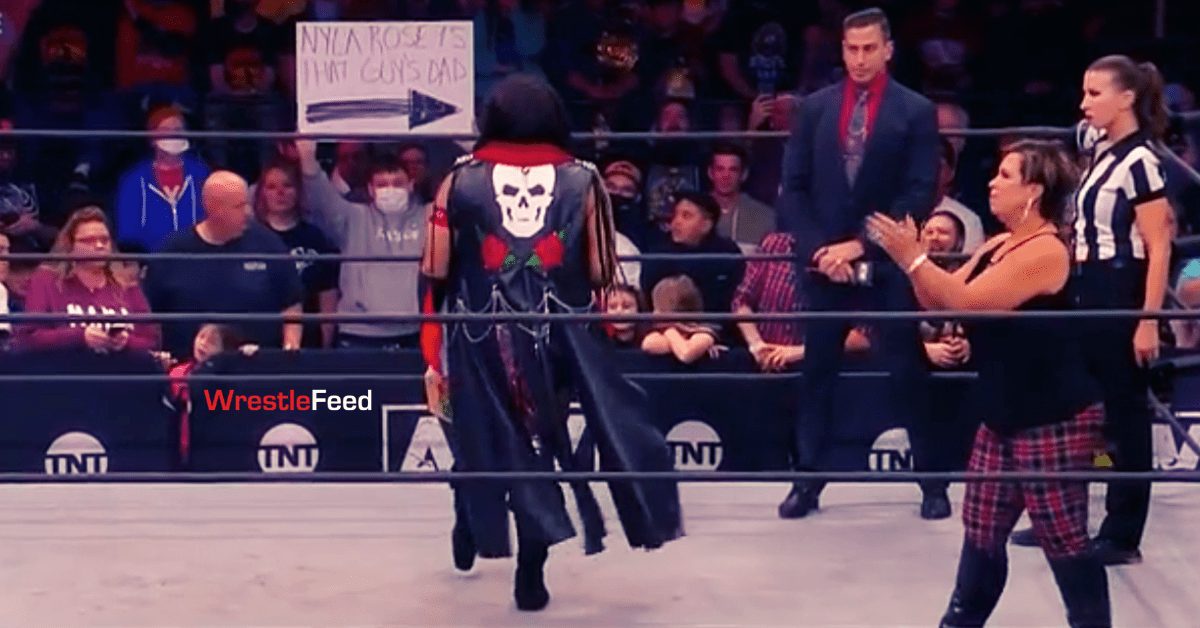 This fan was then ejected from the arena.

“My wife is the strongest person I know.”

A fan in attendance for Dynamite noted the following:

“He was removed. They had to track him down but when they got him, he was emphatically removed from the building.”

Nyla tweeted the following about it:

“Thanks everyone…SOME of y’all are pretty cool.”

Former WWF Manager Jim Cornette wrote the following about this situation on Twitter:

“Boy, times have changed. When wrestling drew big crowds, fans got tossed out if they committed physical assault or pulled out a knife.

If you’d tossed them for saying horrible things & hurting the wrestlers’ feelings, the buildings would have been empty – like they are now.”

It was broadcasted from the SunDome in Tampa, Florida and featured pre-taped matches, promos & storyline segments on the road to the ‘WWF Royal Rumble 1989’ PPV.

The Ultimate Warrior vs. John Latu