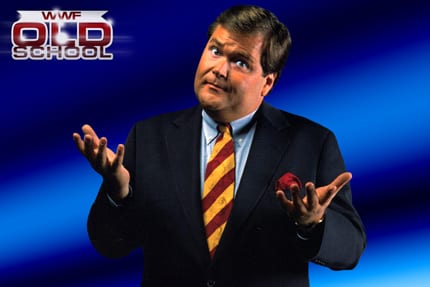 In a recent interview with Under The Mat Radio, WWE Hall of Famer Jim Ross shared his views on the WrestleMania 31 match card so far, along with what he feels about “WrestleMania” and it’s worth in the WWE.

Ross also talked about his transition from WCW to WWE and how it had an impact on his career. Moreover, Ross also answered to all fans who kept asking him about inducting Chris Benoit into the Hall of Fame.

Some highlights of his interview can be read below:

“WrestleMania is a special event and it will always be a special event no matter the card. We’re in the age where everyone is going to second guess big events and cards more often than not until they see it. I find it amazing that some people have the ability to judge a card before it happens.”

What comes to his mind when he hears the word WrestleMania:

The transition from WCW to WWE:

Fans who keep asking if Chris Benoit will get into the WWE Hall of Fame:

“They (fans) ask me don’t you feel Chris Benoit should be in the Hall of Fame and I say no I don’t. I get them saying oh you guys are being etc… I don’t work for WWE, who in the hell are guys?? And who are you to tell me what I have to do? What are you 13 in your parent’s basement? If Benoit could communicate right now he’d say no I’d be a distraction…”