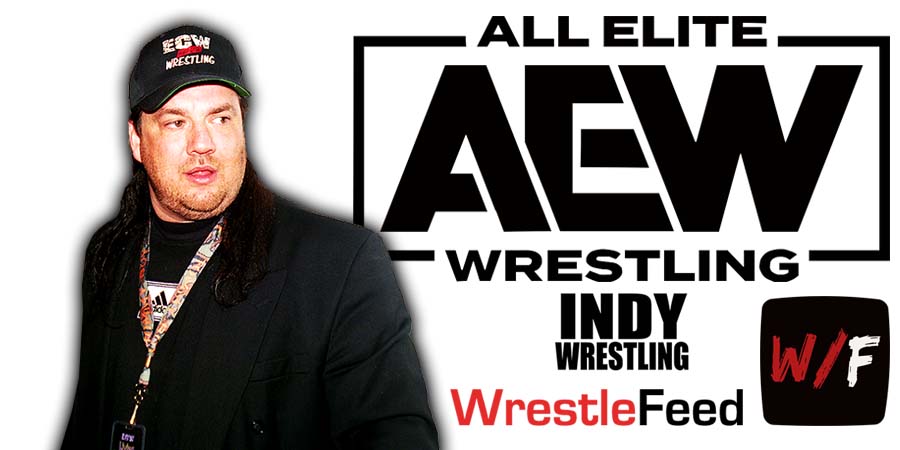 On a recent episode of his weekly ‘Grilling JR’ podcast, legendary WWF commentator Jim Ross talked about AEW Superstar MJF and compared him to Paul Heyman.

“I think Tony Khan is booking MJF perfectly because he’s not overexposing him. He’s keeping him fresh. Of course, Max is really great at keeping himself fresh because Max loves Max. I don’t blame him. If he doesn’t have his own back, who does? He’s very smart.

Let me tell you this, statement of the night may be that MJF is a younger, actually athletic version of Paul Heyman. I was around Paul Heyman when he was in his 20s a lot and I helped Paul a great deal back when nobody wanted to work with him because he was so obstinate in their view.

Well, I saw talent. Was he a pain in the a$$? Absolutely. But he was our pain in the a$$ and he was my pain in the a$$ partner who made both of us better. So we did some good work in WCW before he ever got to WWE, I always thought. I enjoyed it, I can tell you that.

So Max is a young Paul Heyman, only with muscles and athletic ability. So that just tells you where he ranks in my lexicon of some of the smartest guys I’ve ever been around in pro wrestling.

The thing about it, he’s in his mid-20s. So hopefully he won’t ever self-destruct. He and I have had some really good talks over our tenure there at AEW. I always talk to him at every TV and we chat about different things. He asks questions that are intelligent questions, so you know that he’s thinking about things that are spot on because of the questions that he asks or the subjects that he wants to discuss.”

Speaking of MJF, there are rumors going on that WWE might try to sign him in 2024, as that’s when his AEW contract expires, and USA Network & FOX Officials want WWE to bring him in.

Here’s what MJF himself said on a recent edition of the Throwing Down podcast:

Can that potentially happen if Tony Khan doesn’t shell out the right type of cash? Maybe, and that’s why, by the year 2024, as I’ve stated before, it’s going to be the greatest bidding war in the history of our sport.”