Jimmy Smith (former MMA fighter and former Bellator & UFC commentator) is the new play-by-play commentator on RAW and he made his debut on last week’s show, where he replaced Adnan Virk.

During a recent appearance on Busted Open Radio, Jimmy talked about the advice he received from Vince McMahon, Triple H’s reaction to his work & more. 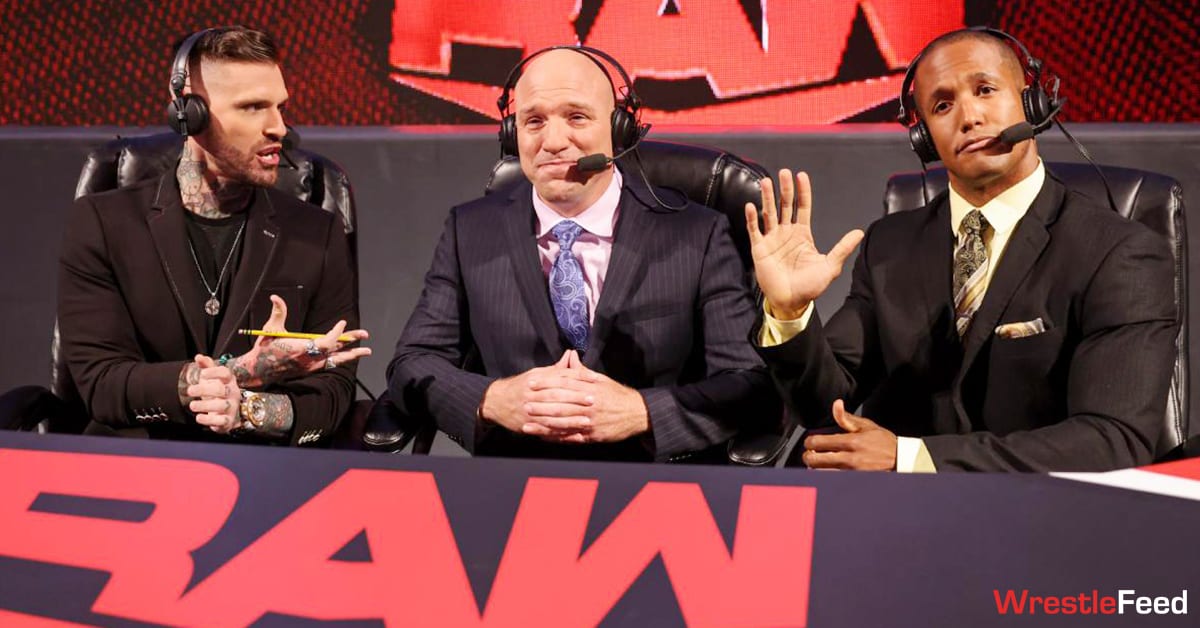 On if Vince McMahon talking in his headset felt weird:

“Number one, [it was] easier. But you got to remember I used to have Bjorn Rebney yelling at me in Bellator. So, you know, that happens. That’s not a big deal. Dana [White] didn’t really do that in the UFC, but I’ve dealt with people yelling and multiple people taking to me at the same time. That’s not weird at all.”

“When Vince hopped on it was about things that were specific to the WWE that I need to learn, that I found very, very helpful. Things like, whenever we say WWE fans, we say, ‘Our fans.’ There is verbiage that is specific to the WWE. They specifically want certain things.

They specifically don’t want certain things that are very common in other sports, especially MMA. So, every time Vince jumped on it was a specific [thing], ‘Hey, in the WWE we say this…’ And, ‘Ok got it. 100%, I understand.’

So, it was all helpful. Three people were never talking at the same time. Although it was three different voices, they all jumped on at different times. I had Michael Cole in my ear because Cole was producing from the event. As well as Kevin Dunn, and occasionally Vince. Vince, not that much. But both Kevin and Cole were good at not stepping on each other.

So, as far as that went, their on-air traffic was great. Kevin’s lead-ins were great, he gave me plenty of time. The countdowns are a lot shorter, so I’ve got to get used to that.

They’ll go, ‘Commercial, 3, 2…’ Usually you get more time than that, it’s just the nature of the way that pro wrestling works. But production wise, they were great.”

On advice from other people backstage in WWE:

Number one, they were surprised by all the moves I knew. Afterwards Byron Saxton was like, ‘Dude, I stepped on you because I didn’t think you’d know the name of the move, and you did!’

On what Triple H texted him:

Joan Rivers was a famous comedian, actress and TV show host, but later in her career she also wrote and produced content.

Old School WWF fans remember her as special guest celebrity ring-announcer on the New York side of the WWF WrestleMania 2 pay-per-view.