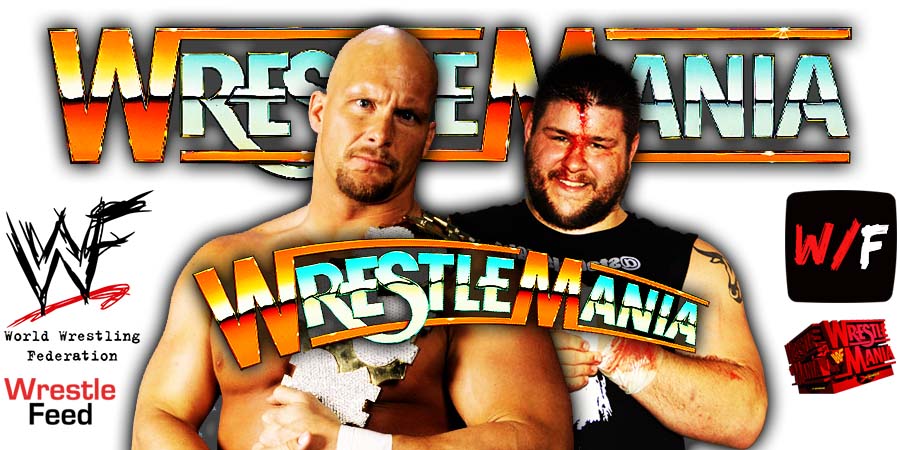 In the main event segment of this week’s RAW, Kevin Owens came out and said he will host his KO Show at WrestleMania 38.

One thing is for sure – Austin plans to open a final can of whoop a$$ at WrestleMania 38.

“Never in the history of #StoneColdFriday did I think I’d see this!! Excited for @SteveAustinBSR, excited 4 the @WWE Universe and I’m excited for #WrestleMania!!!!”

It featured matches, interviews & storyline segments on the road to the ‘WWF WrestleMania 13’ PPV.