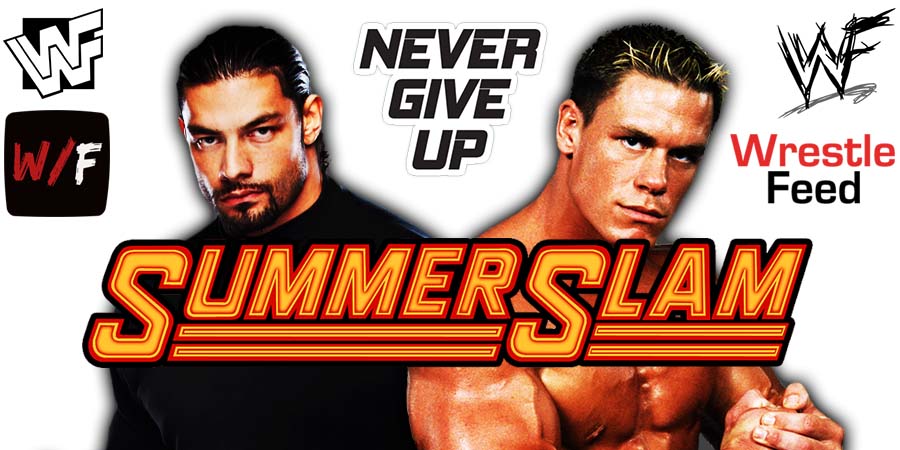 Tonight’s SmackDown kicked off with John Cena. John said Universal Champion Roman Reigns rejected his challenge for SummerSlam 2021 because he didn’t like that he hasn’t changed, while Roman has to change every 2 years because everyone stops caring about him.

Cena said guys like him, Stone Cold Steve Austin and The Rock don’t need to change who they are.

John then claimed that the real reason Roman turned him down is because he’s afraid of how he’d make him look.

Baron Corbin interrupted. Corbin said his life is hell right now. Corbin revealed his wife left him because he couldn’t perform in the bedroom, and took their kids with her.

Corbin asked Cena for some money, and Cena gave him some. Corbin wasn’t happy about the amount he got and said he knows Cena is rich, and is being a selfish tightwad and is now a Hollywood Sell Out. John then gave an Attitude Adjustment free of charge.

Highlights Of In Your House 2

Highlights Of Jeff Jarrett v. Shawn Michaels (From In Your House)