• John Cena Jokes About His Hairstyle On SmackDown (Photo)

Cena came out and issued an open challenge, but got interrupted by Becky. Becky said she wants to take Cena’s spot and knock him off of WWE posters. They get interrupted by Andrade “Cien” Almas & Zelina Vega and this leads to a mixed tag team match.

Cena hit his signature moves on Almas during the match and then Becky tossed Cena out of the ring and made Zelina tap out to pick up the win for her team.

Cena tried to shake Becky’s hand, but Becky did the “You Can’t See Me” taunt and left. 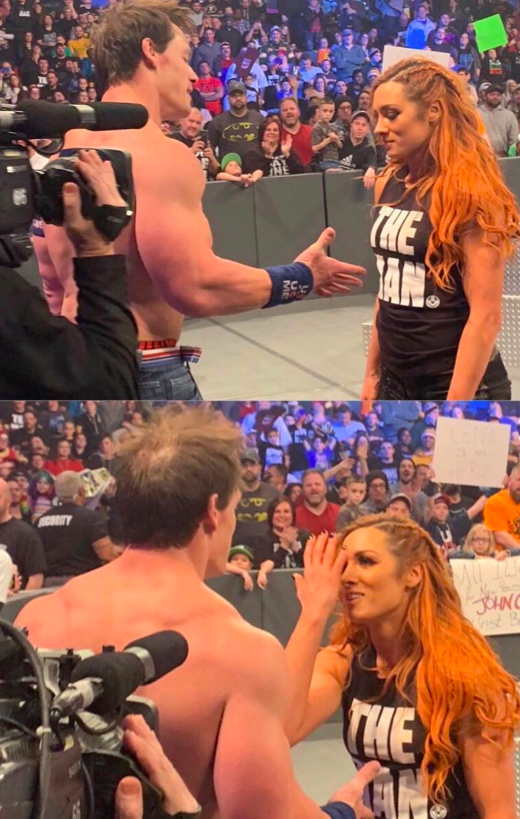 You can watch Becky owning Cena both verbally & physically below:

Becky then tweeted a photo of Cena’s hairstyle from SmackDown:

This led to Cena making a joke about his hairstyle: