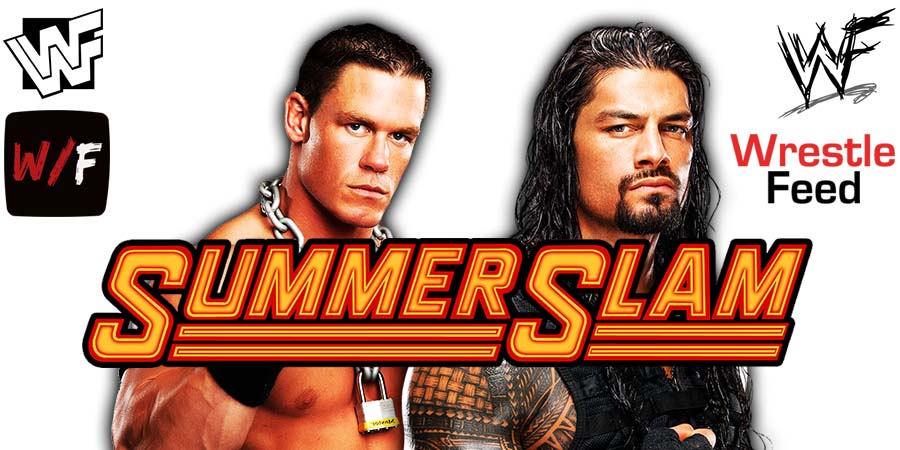 • John Cena On If He’s Going To Retire From WWE

WWE Legend John Cena appeared on ABC’s Good Morning America this morning, where he promoted his “Vacation Friends” movie, which will be released on Hulu this Friday.

During this appearance, Cena also talked about his latest run in WWE, titled “Summer Of Cena”.

On his loss to Universal Champion Roman Reigns at SummerSlam 2021:

“Ah man, you know, I finished second place. Unfortunately in WWE you don’t get a silver medal, but I’ll take second place.”

On if he’s going to retire from WWE:

“You know, I think…and I’ve made this comment before, I think I will try to do the best I can until I feel as if I’m offending the consumer.

A lot of times you want to kinda hold onto that lightning bolt. There is nothing like the energy of being in that ring with the audience around you. There’s nothing like it. I’ve had the fortune and opportunity to do a whole lot of stuff. That energy is indescribable, that place is my home, I wouldn’t be who I am without it.

The audience is my family, so I love the environment, but I also want to be kind to them and I don’t want to do it selfishly just to do it. I still feel good, even though I finished second, I still feel pretty good.

So, I still feel as if I have something to contribute, so time will tell.”