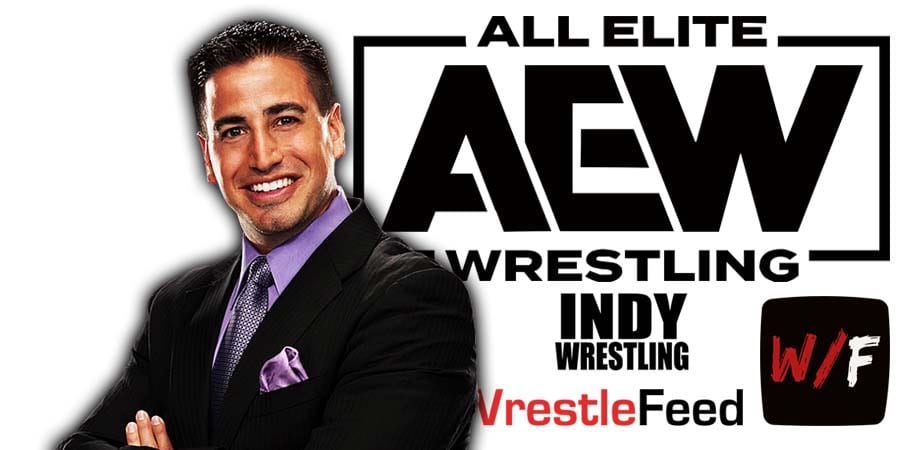 A fan tried to get in the ring when Chris Jericho was there during his entrance at tonight’s AEW Road Rager show.

However, the security successfully stopped him and Jericho even landed a punch on him for trying to do so.

Footage of this from a different angle has now been released, which shows AEW ring announcer Justin Roberts getting physical to help take the fan down outside the ring.

This fan was then dragged out of the arena. You can watch fan footage of this below:

Also Read: How Was Aleister Black Able To Make His AEW Debut Just A Month After His WWE Release?

This episode featured matches, promos, highlights & storyline segments on the road to the ‘WWF In Your House 9: International Incident’ PPV.

Savio Vega vs. WHO (From Superstars)

Mankind vs. Duke The Dumpster Droese (From Last Weeks Raw)

A Vignette On T.L. Hopper

Can We Talk With The Following Question: What Do You Like About America?