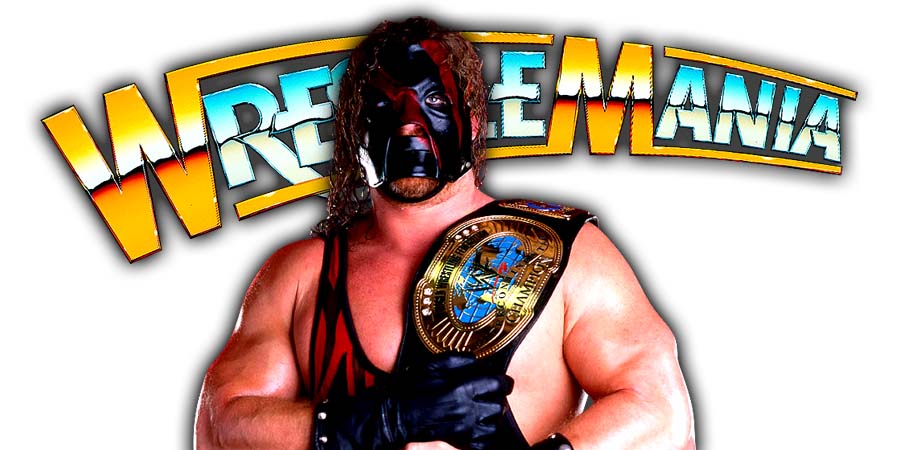 During a recent interview with The New York Post, Paul Heyman was asked if he thinks WrestleMania 34 is the last time Brock Lesnar goes out to the ring in WWE.

“It’s most likely the answer to that is yes. The reasons are rather public. Brock is eyeballing a return to the octagon. He’s made no secret about it. He’s out in Las Vegas at the UFC offices taking a selfie with Dana White wearing a UFC T-shirt. These are not secret negotiations.

The fact that both our contracts are coming due is not a secret, either. Is this the last time that Brock Lesnar goes out to the ring in WWE, I truly don’t know that answer because what we’re focused on at the moment is Brock is very laser focused on the task at hand. That’s always been his way, since he grew up on a dairy farm in Webster, South Dakota as a kid.”

WWE has announced that former WWF Champion Kane will be a part of the 5th annual Andre the Giant Memorial Battle Royal on the WrestleMania 34 Kickoff Show this Sunday.

Below is the updated list of participants for this match: