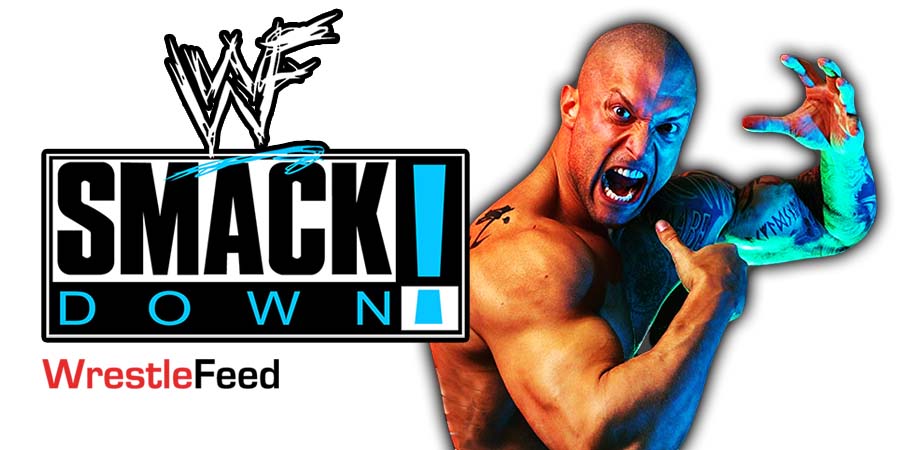 The Bloodline came out in the main event segment of tonight’s post-SummerSlam episode of SmackDown.

“I hate Brock Lesnar, but I respect that man.”

Reigns then said he hates Lesnar because he put Paul Heyman in the hospital by F5ing him through the announce table.

Drew McIntyre then came out and asked the crowd to scream if they want him to destroy The Bloodline right now.

Karrion Kross’ entrance music then started and Scarlett came out, and Kross attacked McIntyre from behind.

Scarlett then put a sand clock in front of Reigns in the ring and Kross pointed a finger at Reigns to tell him that he’s coming for him. Tick Tock! 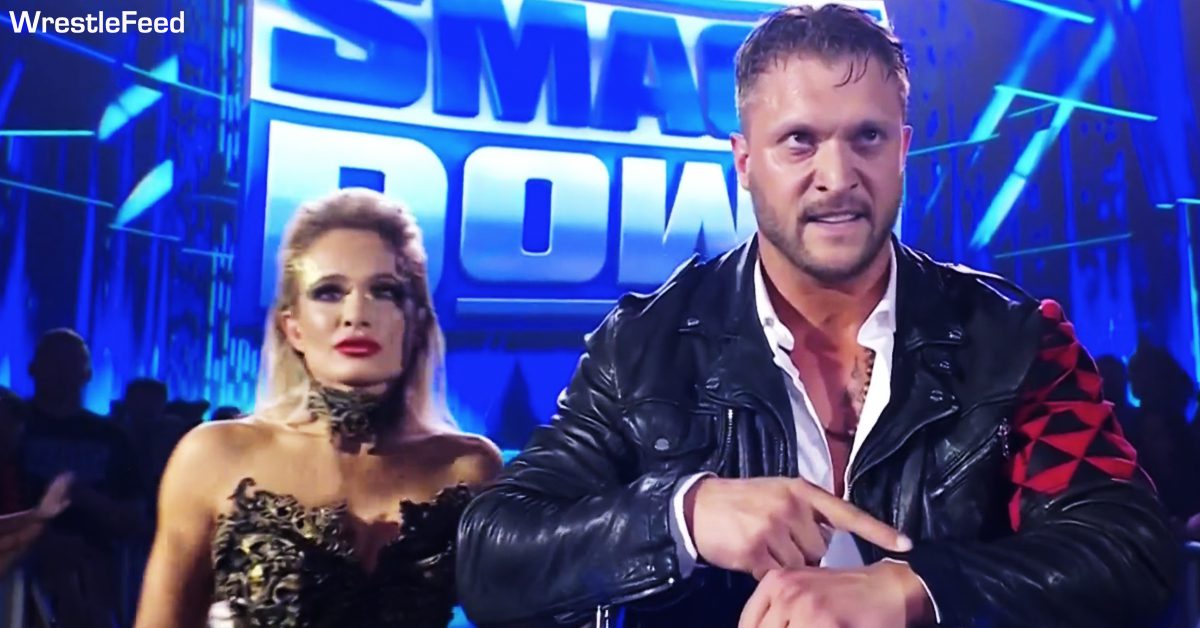 It was pre-taped at the Toyota Center in Houston, Texas and featured matches, interviews & storyline segments on the road to the ‘WWE SummerSlam 2004’ PPV.