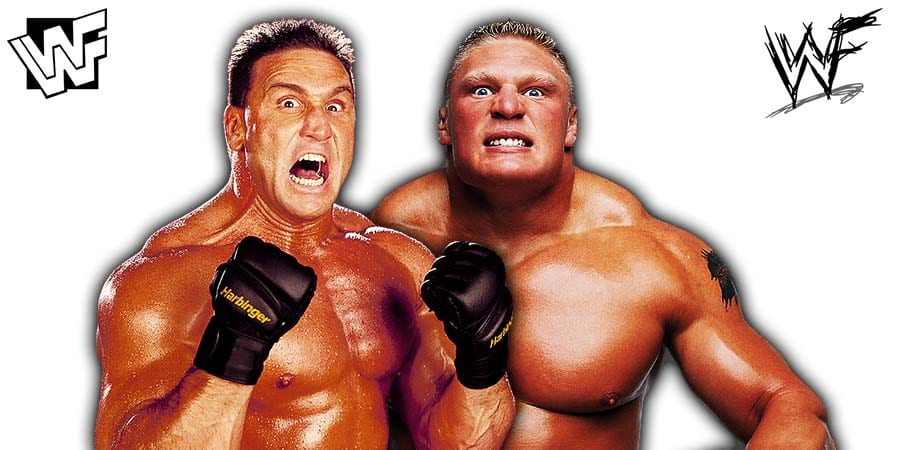 Here’s what The World’s Most Dangerous Man wrote:

“People forget I beat 2 Heavyweight Olympic wrestling champions in my prime. Anyone of us could have won if you are comparing us in our primes.”

After leaving iMPACT Wrestling in early 2021, Ken Shamrock hasn’t returned to any (major) pro wrestling promotion yet, so it remains to be seen if we will see him show up in All Elite Wrestling at some point.

A future WWE Hall of Fame induction for the UFC Hall Of Famer is also just a matter of “when” and not “if”.